Editor Ali Donnelly examines the proposals set to change the future of the women's 6 Nations. 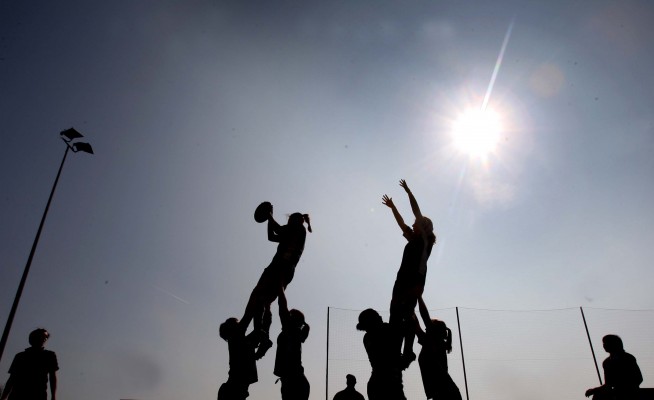 Since the news we reported earlier this week of the potential changes to the women’s 6 Nations, one thing has been made very clear. This is a tournament loved by both players and fans, and suggestions of its downgrading have been met with dismay.

It has been a difficult story to write about given the lack of commentary on the record from any of the nations involved (apart from France) despite our requests to unions, but as we look destined for major changes in the competition, it feels right to add our view.

Rumours began last year that Scotland and Wales were pushing for changes to the tournament.

Scotland have struggled to be competitive in recent years and their desire to regroup outside of the tournament is in many ways understandable, but is nonetheless a huge risk. Ireland winning the 6 Nations this year has shown that with the right support and resources, nations with small playing numbers can build their competitiveness year on year and then have a very effective platform from which to promote their game at grassroots level.

Wales, the other key nation pushing for changes to the tournament, are a different story and it seems odd that they would want to reduce the visibility of their national team at a time when they are highly competitive and improving. Wales were a whisker away from beating both England and Ireland this year, two slip ups that didn’t cost them a place at the World Cup but did rule them out of contention for competing for the title. With the bounce of the ball, they could well have been challenging on the final weekend for the title and an attempt to cut funding for the national side is sad regardless of where they reinvest the money they might save. No matter what you have to invest in your grassroots game, losing the opportunity to give visibility to a national team will undoubtedly affect interest and participation, surely the very thing every women’s rugby playing nation wants to avoid?

While there were some considerations about simply bringing new sides back into the tournament it became clear that the 6 Nations Council would not consider running a women’s tournament under the current Championship umbrella with sides outside of the usual six. That would have meant effectively losing the trappings that go with being involved in the championship and starting from scratch with a brand new women’s competition.

Left with the alternative of losing Wales and Scotland, a two tier championship was debated that would keep those sides active annually but would lessen the costs burden. Seen through those eyes, many would argue that we are not headed for a total destruction of the tournament and it could also be fairly argued that in the face of the worst case scenario – Wales and Scotland simply pulling out – this is a sensible alternative that keeps the 6 Nations rolling for now.

But of course there is a flipside.

Firstly it is sad that any union would not see the value in funding its national side through five test games a season. Wales are not a highly active test side out of the 6 Nations window typically, and it seems incredible when they are such a competitive side and already qualified for the World Cup that playing less, rather than more, is their preferred option.

Scotland too, despite understanding that they are in a different place at the moment, are taking a risk with no guarantee that once the tournament structure is changed, it may ever revert to its competitive form.

The association with the men’s 6 Nations Championship has been very positive for women’s rugby with joint launches and double header games giving the game huge media interest and value. Winning this tournament over five games means something and competitive but less glamorous women’s international tournaments like the Nations Cup and European Championships do not attract anywhere near the same level of interest.

And fans too are growing for the women’s 6 Nations. France now typically attract over 3,000 fans a game to their home matches, England at Twickenham have played in front of up to 10,000 and Ireland drew almost 4,000 (and the country’s President) to a game against France this year.

There are concerns too about the future of women’s 15s at international level if this proposal is agreed. The 6 Nations is the only ring fenced tournament in women’s rugby outside of the World Cup.  Tampering with that to me sets a worrying precedent. The women’s  game is already facing huge challenges to keep up with the growth of women’s 7s while maintaining funding and commitment to the 15s game. Rugby is a game for all shapes and all sizes – and women’s rugby must be too.

And what of Italy? A side who have quietly become hugely competitive after a slow start could be confined to playing just twice a year in the Spring against their wishes. That hardly seems fair.

While I accept that commercially the women’s game is not generating revenue unions may want it to, this is also about participation.

Reinvesting the savings they might make through a reduction in test games is something of a false economy.

Girls taking the game up need and want to aspire to being the best. Unions are about making money but they are also about generating interest in their game for all.  Slowly but surely, eroding the presence of a national side has got to be detrimental to that.

The IRB have recently reaffirmed their commitment to driving the women’s 15s game with a workshop that highlighted the desire of the majority of nations to ensure an enhanced calendar for member unions in the lead up to the 2018 World Cup. Those plans cannot be accelerated quickly enough.

Since this blog was published a number of other media outlets have picked the story up.