Bruno Lopez brings us the latest from the Spanish Women’s Sevens Camp. 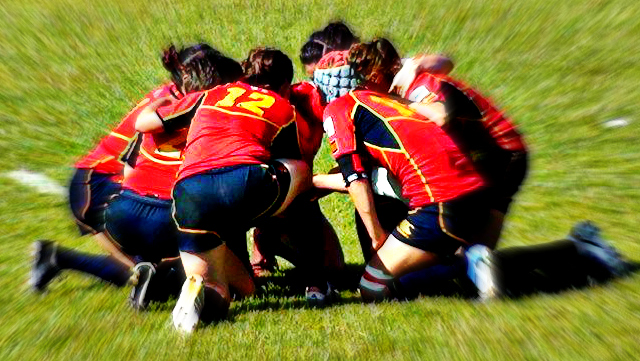 Spain are building up for the start of the Womens Sevens World Series which kicks off later this month in Dubai where they are an invited team. This weekend they travel to Elche to play against sides including Russia as part of their ongoing preparation. Spain recently participated in an International tournament in Paris which was won by England.

Lopez is a Spanish journalist who regularly writes on the women's game.

So the first camp and first tournament of the season has passed for the Spanish girls and theres already some signs of what might lay ahead of us. So far the team has had some hard earned wins under their belt as well as a few losses and there are plenty of lessons to learn at this stage of the season. The players this weekend head for the east of Spain to play a tournament Elche but for now its worth looking back at what happened at the recent tournament in Marcoussis.

Once again, who better than the players themselves to tell me what were their expectations and their conclusions were from the French tournament?

Richmond player Maria Ribera Garca gave me her impressions from a phonecall to London.

Well, I think the results are really positive at this point she said.

We arrived at Marcoussis with a shorter pre-season than some other teams such as the Netherlands or England. The Spanish league hadnt even started at the time and we only had a couple of days with the new staff.

Our goals were to set our standards high and try to test new players. It was a confidence building tournament, one where the new staff and the players would get used to one another.

From Olmpico de Pozuelo, one of the strongest sides in the capital, halfback Patricia Garcia shares the thoughts of her teammate.

We have to be humble and down to earth. We were not yet in the best condition to compete with the top teams in Europe, she added.

In France, Spain were defeated by England, France and Holland while also getting one win over the Dutch, Germany and France A.

Coach Boris Gutierrez tried several combinations and experimented with variations of the same system. And what did they get from the tournament?

Well, in this first tournament says Garcia, our goals were to build the team, incorporate the new players, set our goals and challenges and embrace the hunger we need this season.

Both Ribera and Garca (and the rest of the team for that matter) know there are high expectations about their performance back home.

They know that in Spain we expect only the best from them, despite all the difficulties that they had to overcome, and that they will have to overcome. And far from avoiding the challenge, and ignoring these expectations, they are ready to meet and surpass them.

We accept the challenge, we want to be better than ever before concludes Ribera.

And with the Lion roaring on their red shirts, they are ready to claim the European throne, once again. The road is long and hard, but the lionesses are ready for the hunt.