The emotion of the job

What does it really feel like as a player during the build up to a World Cup? Former England captain Catherine Spencer takes us through the highs and lows and reflects on her own experience of 2010. 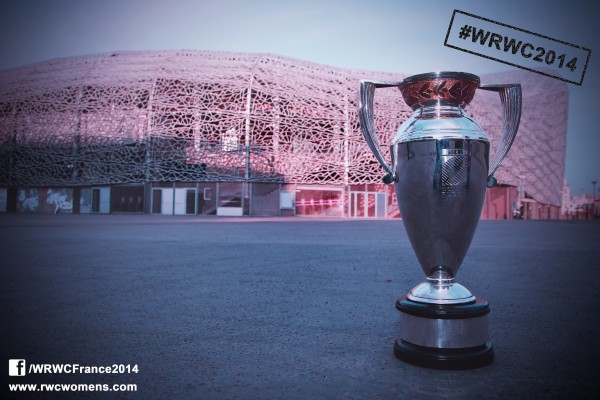 As I write this, I am sat on the beach in my home town where many a training session over the years were spent running up and down this shingle beach, one of the best ‘gyms’ around.

Today I can enjoy my surroundings a little more and reflect. Being on the coast in Kent I can see France, the venue for this years’ World Cup. We are all, no doubt, looking forward to this years’ tournament but what does it really feel like, as a player, during the build up to a World Cup?

Everyone is different but one thing I do know is that those taking part will have had rarely a day, an hour, a minute or even a second when they have not thought about the number 2014.

I remember extremely vividly my awaking thoughts on New Year’s Day 2010.  I woke up early at about 7am accompanied by a rush of mixed emotions. It felt like it was Christmas Day again as I was so excited but as that tidal wave of excitement hit me so too did a wall of hard hitting reality. I had a massive job to do - it was 2010, it was World Cup year.

Those extremes of emotions heightened every day as the World Cup approached and it was our job as players, with the support of those around us, to control the extremes. It was as if we had to learn how to use a key that locked a door that caged our emotions.  We had to learn when to lock these emotions away but also to understand when we had to open the cage up, to use our emotions to fuel us but can such emotion get in the way? Can they be detrimental?

You don’t play international rugby; you certainly don’t get selected for a World Cup squad, if you don’t have an extremely strong internal desire to succeed. That has to be there to influence every choice that we make. Money is certainly not the driving force, it has to be something within us, within our internal cage, the tidal wave of emotional power that keep us going.

That desire to want to continually improve as an athlete, to push your body just that little bit harder, to not drink at New Year’s Eve for 7 years running, to drag yourself out of bed at 6am on a cold, dark winter’s morning to go training, to push yourself mentally to places you have never been before, to make the incredibly tough decision to miss best friend’s weddings, to leave a weekends away at 5am on a Sunday morning to ensure that you are home for an agreed training session with your training buddy, to take a pay cut in order to increase time for training, to push yourself so hard in the gym when you are on your own that you can hardly walk at the end of the session – this is what it requires.

Surely this is not just a job. We need these emotions, this innate desire to get us to the World Cup but do we need an even firmer grip on the key to our heart during the World Cup itself?

Emotions can sometimes hinder execution. Humans make mistakes and at times we allow our emotions to control us and reduce our ability to make rational decisions and to carry out our job effectively. Sometimes we lose grip on our key at crucial moments.

There are, this year, I would suggest four to five teams that could make the final and two to three teams that could win it. The team that has the best control of their keys will win; do that well and that team will then enjoy letting their emotions free for years to come.

Me? I am sat on the beach, looking over to France thinking what may have been four years ago on this side of the English Channel.

Catherine Spencer is a former England women's captain who was capped 63 times for her country. She led England to the final of the Women's Rugby World Cup in 2010.  She is writing a series of articles for Scrumqueens.com on her new ventures having hung up her boots.