The end of one chapter; the start of many more

Former England captain Catherine Spencer brings us the first in a series of blogs about her new ventures outside of rugby. 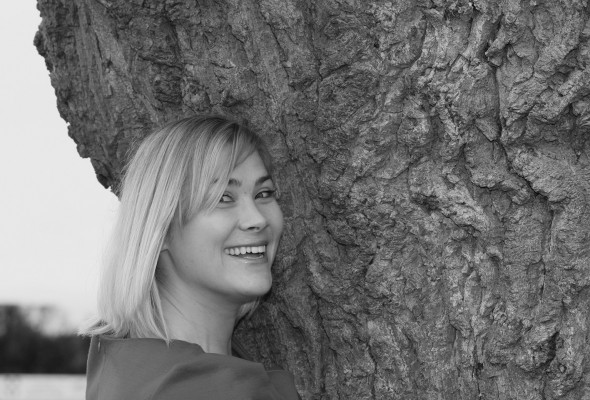 "I remember the evening vividly and will never forget it; the eve of our last game in the 2011 Six Nations away against Ireland.

There were 21 players along with our management team all with eyes towards me as I stood up; unexpected and curious – players never stand up to talk in shirt presentation. I started to speak but almost immediately I also started to cry, I could hardly get my words out. I was always quite guarded as a player but particularly as a captain so I know that everyone was unsure as to what I was about to say.

In the most special room to be in, that shirt presentation and I told the squad of my decision to retire after that game. It was one of the hardest things that I have ever had to do. I knew my decision at the start of the Championship but I had kept this from the squad with the exception of a couple of my closest team mates and my two coaches Streety and Graham.

I was on the bench for the Ireland game - Streety spoke to me and said that he wanted me to be on the pitch at the end of the game. I was lucky that throughout most of my career I started at number 8 and didn’t often start on the bench. The number 8 shirt was so special to me, however I played my last game in the shirt number that I earned my first cap – 19 – so there was some significance in my mind and a way for me to be pleased that I was not starting in my beloved 8 shirt. I had come full circle.

I went on to the pitch fairly shortly after half time – I tried to play and think as normal, but in my head I could not get rid of the seconds ticking down – I was really conscious that these were going to be my last moments in an England shirt. I had made this decision. Was it the right one?

When the final whistle went again I started crying and could not stop for a fair while. The post match evening was great and helped my mood, away to Ireland has to be the best fixture to finish with in the 6 Nations – this always ensures a great end to the tournament party. Thank you Ireland!

As we get closer to the 2014 World Cup I am starting to think more about my decision, was it right to make it then? Could I still be playing? Could I still be making a positive impact within this England team? I never achieved my goal whilst playing and captaining England. I never won a World Cup Final – I came close on two occasions but close is not enough. I personally made the decision to retire that would then make it impossible for me to make this dream of winning a World Cup ever come true. That is a really hard thing to live with. I shattered my own dream.

However I am now making new dreams.  I am not forgetting my rugby career, far from it. Those 63 caps, the hours in the gym, the time spent with the team, my personal development in confidence and self belief – these are all fuelling my next few steps to success. Sports women and men do not have to change their identity when they retire; they simply enhance and grow it.

Since retirement have come new opportunities and new challenges.  I hope to share these new chapters, along with some insights in to some old ones, in a series of articles for Scrum Queens. I hope you enjoy reading!"

Catherine Spencer is a former England women's captain who was capped 63 times for her country. She led England to the final of the Women's Rugby World Cup in 2010.  She is writing a series of articles for Scrumqueens.com on her new ventures having hung up her boots.