Tavo: Great time to be a 7s player

Australian women's Sevens captain Rebecca Tavo tells us why it's such a great time to be an interantional women's Sevens player. Tavo blogs in the aftermath of the Women's Sevens World Series launch in Dubai where her side finished fourth. 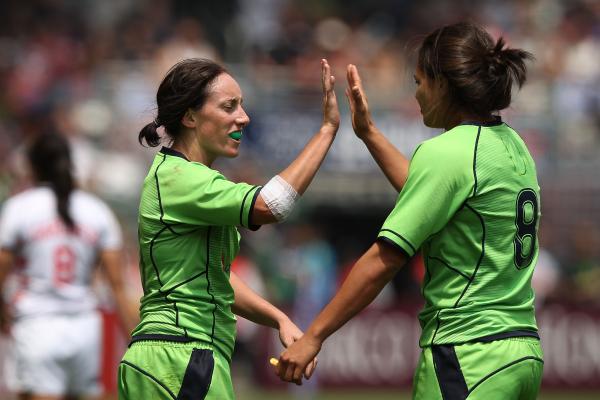 "It has been a fantastic few weeks to be a womens Sevens player!

The sport has made massive strides since the inaugural Rugby World Cup Sevens in 2009 and from humble beginnings it has grown into something which can be showcased alongside the massive spectacle of the mens HSBC Sevens World Series.

Last week saw the launch of the first-ever IRB Womens Sevens World Series and what a great showcase of womens sport it was.

The tournament, held in Dubai at the same stadium as the men, was just the first of four IRB-sanctioned tournaments we will play this season in the lead up to the second Rugby World Cup Sevens in Russia next June. What a tournament it was, it is hard to believe just how small the gap is between all the nations.

While it was an exciting time for the sport of womens Sevens, it was also an exciting kick-off to the Qantas Womens Sevens season. While we were disappointed with our overall finish of fourth, we know the best is yet to come.

We had been building to this tournament for a long time.

Throughout the year our coach, Chris Lane, has worked hard to identify and develop emerging talents to help build depth in the Australian womens Sevens ranks and Dubai offered an opportunity to test these players in the toughest of environments.

There is still a lot of work to be done, but our performance in Dubai was very promising. We entered the tournament with four debutants and a lot of development work left to do within our squad but still fought our way into the third-fourth playoff.

The result wasnt what we wanted, but I was really impressed with the way we played in Dubai.

This side has a lot of talent and a lot of fight left in it and I know we will be even better when we hit U.S. shores for the second round of the IRB Womens Sevens World Series in Houston in February next year."