Day up for giving back

Former England star Sue Day writes about her recent experiences on the Nomads trip to Spain and tells us why giving back to sport is so important. 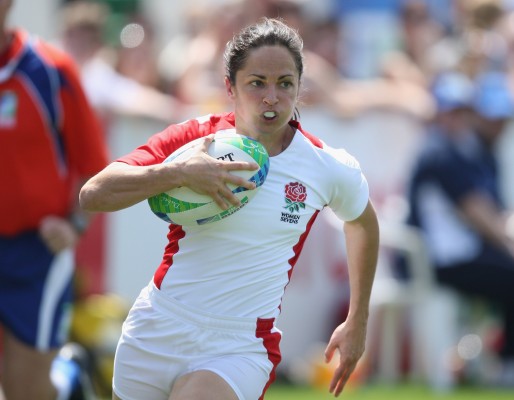 Back in October last year it seemed like such a good idea when someone mentioned to me the idea of playing for the Nomads against Spain, in Spain.

What could be more fun than a trip to the Atlantic coast (the game was held in Gijon, prime surfing territory), a game of rugby with players who I played with and against over a 12 year international career, followed by a party hosted by Spain, legendary across women’s rugby as the most welcoming and generous hosts (though the Irish may wish to take issue with that assessment…)?

It seems like a slightly less good idea now.!

The coast was beautiful and the party as legendary as expected, but the aching muscles that I still have, several days later, combined with the endless facebook photos of nimble Spanish players running through my missed tackles, keep reminding me that I am an EX-rugby player and should probably have remained so!

In all seriousness, the Nomads is a wonderful tradition and a great way for people in the world of women’s rugby to stay connected.  Last weekend was my first chance to play alongside, amongst others, two true Welsh legends – Clare Flowers and Jamie Kift – and the aching muscles are definitely a price worth paying for that.

The whole concept though does raise some critical questions for players like me, who have spent so long dedicating themselves a tough, full contact sport like rugby.  When do you get too old? And what can you do instead?

Well, the jury is still out on the first question and if the mooted Nomads tour to Bermuda (or Brazil, or the Seyshelles…) comes off then I am pretty sure that I will be young enough! As for the second, like many former rugby players I am discovering the motivational need to set myself challenges and so have entered a super-sprint triathlon… which may sound like nothing to many of you but when you bear in mind that I was always bottom of the remedial swimming group at pool recovery sessions, the 400m swim at the moment seems like a marathon to me.  Swimming lessons have so far got me to 17 metres front crawl without stopping.  So only another 383 metres to go by 17 May.  No problem.

And off the pitch?  I am a firm believer that those of us who have got so much out of sport should, when we get the chance, do whatever we can to put something back.  And in that spirit I have signed up as a trustee of a new charity, the  Women’s Sport Trust.  Our aim is make sport a game-changer for women – to use it to create a positive shift in how women are seen and how women see themselves.  To do that we aim to increase the number and diversity of role models for women in sport, to increase engagement, both in terms of participation and spectatorship and to achieve more extensive, wide-ranging and accessible media coverage.

As a reader of this blog you are likely to be a fan of women’s rugby and women’s sport and therefore acutely aware that those are a pretty ambitious set of objectives but, as I said before, there is nothing like a challenge!

Sue Day made 59 appearances for England while also representing Wasps, most usually at fullback, centre or wing. Following her retirement from the 15s game, she returned in 2009 to captain England Sevens at the Rugby Sevens World Cup in Dubai.