Australia star Shannon Parry brings us her first blog of 2014 and takes us inside the Aussie Sevens camp. 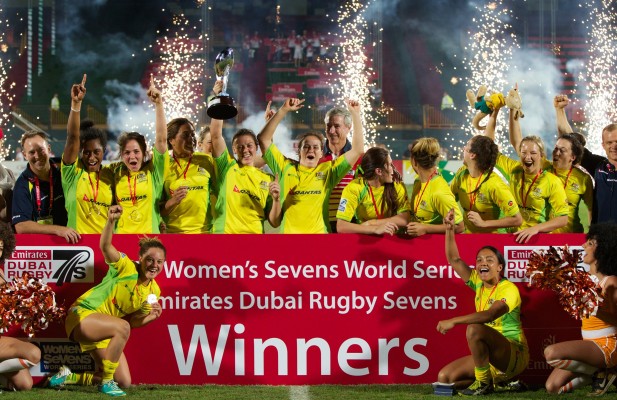 G'day from the land down under.

2014 has been a year of significant change for the Australia 7s programme, with the announcement of our new home and centralisation on the Northern beaches of Sydney. This is a significant step in the development of both the men's and women's national teams with a future outlook of the 2016 Rio Olympics not too far away.

With the centralisation of the program it enables us to solely concentrate on our rugby which is everyone's dream. To be able to play the sport they love, travel the world and do it on a day to day basis. What more could you ask for? It's a dream job which I never thought would come true.

Relocating from Brisbane was a challenge at the start however. But when you get to live right on the beach in beautiful Sydney it is well worth it. Being able to walk down the road for an early morning beach swim or walk is magical. The location of our new 7s headquarters is ideal with us being so close to the beach.

Being able to train as a squad on a day to day basis has enabled our team to grow and develop as a unit. We are able to have fun as a team but also enjoy the hard work and grind together of a professional team.

Dubai, well what can I say? That final was the craziest game I have ever played in. Whichever team had the ball scored. At half time we knew we weren't out of it. Walshy (Coach Tim Walsh) came onto the field and relayed a simple message:

"Hold onto the ball and stick to our game plan and structure. You have got 10 minutes girls."

Knowing that New Zealand would come out firing and not give an inch, we knew we had nothing to lose. We just put everything on the line. To come from behind the way we did showed true character and that all of our hard work is starting to pay off. It was a memorable game that we will remember for many years to come.

Atlanta will see us up against China, USA and Canada. You can never be underestimate China. A well-structured team that will give any team a run for their money. USA will be very strong contenders with the added advantage of playing on home soil in front of family and friends. Canada is a physically tough opponent who will test you in every aspect of the game. With all teams rapidly improving, Atlanta promises to be a tightly contested tournament with any team capable of being crowned champions.