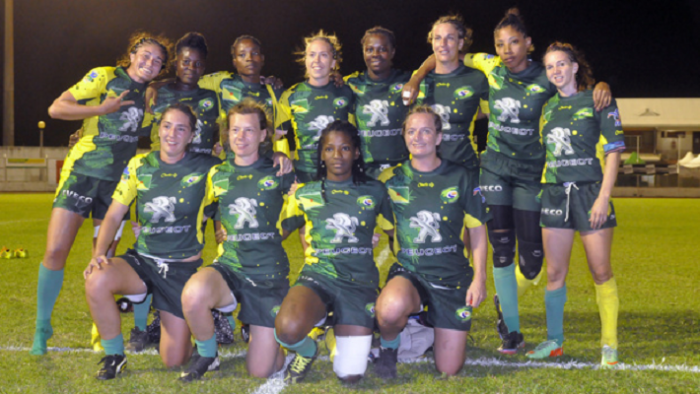 Looking back on the past 12 months we’ve seen over 100 teams and in excess of 1,000 women play international rugby this year – a remarkable number that is, if anything, slightly down in 2015 as there were fewer sevens matches, but more tests.

We thought it might be interesting to look at who the most successful teams have been. Needless to say, the rankings are heavily influenced by who each team’s opponents are, but performances like going two years unbeaten for two years (the test teams of New Zealand and Japan, and French Guiana’s sevens players) perhaps deserves recognition.

There were 51 tests this year – up from 35 last year – and for the second year running New Zealand and Japan went through the year unbeaten, but this year Spain and Germany (on their return to test rugby) joined them at the top of the table with 100% records. England again played more tests than anyone else, and improved from winning five out of ten games in 2015 to nine from 12 in 2016.

Papua New Guinea played their first test, becoming the 62nd national team to play test rugby, and the first new team since Namibia and Botswana played the first (and still only) test in 2013.

The biggest win of the year was Spain’s 97-0 win against the Czech Republic, while two games were won by just two points – Wales v France (10-8) and Ireland v England (10-12). Overall nearly a quarter of tests were won by a seven points or less.

In a fresh example of how big and widely played women’s sevens is, in 2016 there were 664 internationals (slightly down from the 723 in 2015) played by 103 international teams (up from 96 in 2015) from (if the ‘B’ and combined teams - such as Great Britain-  are discounted) 95 countries*, Overall 104 counties have fielded a national team in the past two years, but half of the games were played by just 20 teams..

Teams like Australia and Canada tend to make the sevens headlines, but just one team has a 100% record for the past two years, and that is… French Guiana. Australia run them close with a remarkable 73 wins from 85 starts in the past two years. New Zealand have been remarkably consistent, with the Ferns winning 30 wins from 36 games in both 2015 and 2016, and England have been similarly consistent, winning exactly two thirds of their games in each year. At the other end of the table, every team that played in both 2015 and 2016 tasted victory at least once,

The biggest win of the year saw India beat Indonesia 71-0 and curiously - as with this year's tests - just under a quarter of games (158) were decided by sevens points or less.