The 2017 Women’s Six Nations could just go down in history as being the turning point – the year that women’s rugby changed and went mainstream. The year the game took off and the players became household names. Or it could be a tale of what might have been. 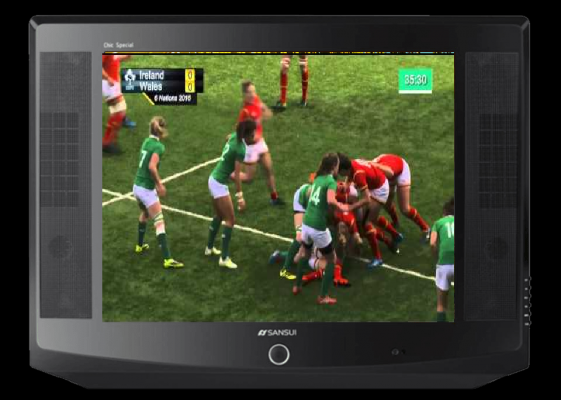 Never has there been an event in the history of women’s rugby like the 2017 Women’s Six Nations. Launched on a wave of unprecedented support - with every game available in broadcast quality, every France, Italy, Ireland and (almost every) England game live on domestic TV, weekend summary programmes on mainstream channels. And it lived up to expectations, with attractive tense rugby, shock results and a winner-takes-all game in front of a capacity crowd in Dublin.

Even more crucially (and even more history making) hosting Women’s Six Nations games became near to a commercial proposition – not just in France (where it always has been) – but also in Italy, Wales and Ireland too. Unions tend to be reluctant to reveal details, but reports suggest that ticket sales in some games resulted in a surplus. Not huge riches, but this could be a major tipping point because if women’s rugby starts to appear, even marginally, on the black side of the ledger instead of the red then we have entered a whole new world.

It is a turn of events and change of fortune for the game that has come so fast that it is astonishing. It is not so long since even the top teams were playing at small club grounds with capacities of under 2000 (and even then not selling out, even if tickets were actually being sold). Following games live – if you could not get to a ground – required considerable ingenuity.

It feels like a different age, but it is actually not much more than four years ago.

Now the game is poised, on the launch-pad, engines running, ready for to reach the heights it has always deserved. What is to stop it?

Scheduling. One thing we learnt in this tournament is that the main TV broadcasters are not allowed to show any rugby that would compete with a men’s Six Nations game. It does not matter if the men’s game is in far-away Italy, does not feature a Home Nation and the fixtures only overlap for 10 minutes or so. And it seems a simple matter to avoid – men’s fixtures are often published a year or more ahead.

But more than that the Women’s Six Nations games need to stop competing with each other. If the game is developing a whole new sponsor-attracting home audience that audience will inevitably be reduced if a game reaching a thrilling climax at Broadwood is taking place at the same time as a crucial game is starting at Donnybrook.

With three whole days to play with finding slots should not be impossible. Wales have been innovative and shown what can be done on a Saturday morning, with over 4000 for their game against England (boosted, no doubt, by fans arriving early for the men’s game in the afternoon) and 3000 for Ireland.

The siren song of Sevens. 2017 is a special year where the World Cup means that fifteens has a priority for the Six Nations unions – though even then Ireland gambled on sending some players to Las Vegas instead of Dublin, attracting undreamt of levels of media debate in the process, and winning the gamble as well.

But 2018 is Sevens World Cup year, 2019 Olympic qualification, and 2020 the Olympics themselves. Are all of the big names going to be pulled out again in a desperate bid for Olympic medals? There is every chance that that may happen.

It’s all about money. Sevens has access to levels of funding not previously available. But the trouble with sevens money is that it’s not generated by the sport or the supporters - only the Canadians have managed to make money from hosting a round of the Women’s Sevens World Series. Most funding is dependent on grants from governments and Olympic Committees, chasing medals. And, as we have seen, that means the money can disappear overnight. Literally. Ask the Dutch women – or any followers of sports that have lost funding after Rio.

And it is glaringly obvious that more rugby fans want to watch the best players playing test rugby, not sevens. While great as a development tool in new markets, most games in this year’s Six Nations attracted bigger crowds for 80 minutes than an entire Women’s Sevens World Series attracts for a weekend. And not just in the Six Nations. Look at the crowds at the last three European Trophy XVs tournaments in Belgium, Switzerland and Spain, and compare with recent European Trophy VIIs tournaments.

Taking experienced players from test rugby is a tempting quick fix for sevens success, but it rarely succeeds and these recognisable faces are essential to selling the sport – not just to spectators and young girls taking up the sport, but to potential sponsors as well. The star players are the fuel that has the potential to launch the Women’s Six Nations – and women’s test rugby – into orbit. But take them away (again) and the game could be stuck on the ‘pad.

Competitiveness. The wonderful thing about the last four Six Nations is that we have had three different winners, and the tournament has been totally unpredictable throughout. But that could be changing. Even though it is weeks old, the effect of professionalism on the England team has been clear from the opening game. Superior fitness, tactical awareness, and the extra something that comes from simply being around each other has turned around games that they could have lost and made them into big wins.

The rest of the Six Nations has to follow - somehow. France, we hear, may be going pro next year – but Ireland must follow as well, along with Wales, Italy and Scotland too. Because otherwise England’s seven back-to-back wins from 2006 to 2012 will come again – and nothing kills off interest in sport quicker than predictability. No-one is going to watch a game where the only question is whether a team will win by 40 points or 50 points.

Women’s rugby - in Europe at least - after this remarkable Six Nations and with a World Cup to come, it is at a crossroads. It’s now up to bodies such as national unions, World Rugby, Rugby Europe, the Six Nations Committee to seize the opportunity.

Now the game is poised, on the launch-pad, engines running, ready for to reach the heights it has always deserved. What is to stop it?