In the first of two articles we look back on 2018 from a statistical point of view, starting with test rugby. 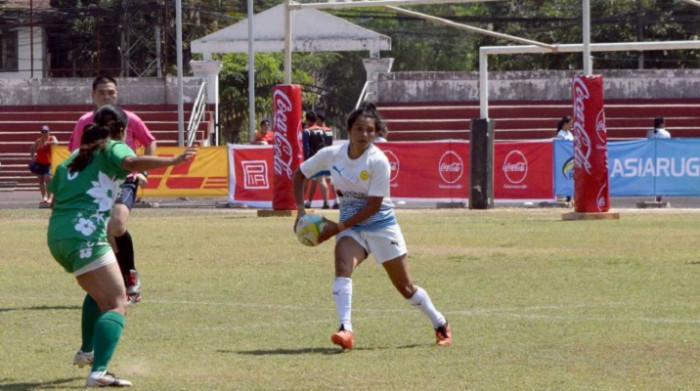 The big story from 2018 was less the performances of individual nations (we will come to that) but the performance of test rugby overall. For the first time since the inclusion of sevens in the Olympic Games was announced, women’s test rugby showed real signs of recovery.

From 2011 to 2016 the traditional fifteens game appeared to be in serious trouble. The steady growth the game had followed from 1982 to 2010 stalled and (despite the media success of the 2014 World Cup) by 2015 test rugby almost disappeared outside of the Six Nations (where nearly half of that year’s tests were played), with over a decade of growth lost. From a peak of 32 test playing countries in 2011, only 19 took the field four years later.

So, the good news in 2018 was that the 15s version of the game is at last growing again, mainly thanks to the busiest Autumn International series ever, but also the rescue of the European Trophy (Europe’s second tier competition) and the revival of the championship in Oceania. 48 tests were played by 26 nations (including India who made their debut, becoming the 64th nation to play women’s test rugby) – still significantly down from 2010-11, but at least a move in the right direction.

What is more, even though it does not (yet) appear in the international statistics, the potential for a continued revival of fifteens could be gauged from stories about the format being played at national levels from Colombia to Iran, plus the victory of Portugal’s champions Sporting in the Iberian Cup challenge. The lure of Olympic gold (and the funding that goes with it) may still dominate the minds of national associations, but the demand from players to play the traditional game remains strong.

On the field the busiest country was Wales, who - along with England - played eight recognised tests, but also played an uncapped international against Ireland that was a near to being a test match as its possible to be without the awarding of caps (indeed it was advertised as simply “Wales v Ireland”), making it the first time since 2010 that England were not the world’s most active test nation. The other Six Nations teams all played seven official tests (though, as noted above, Ireland also played an uncapped international). Outside the Six Nations teams, the most active nation was – for the first time since the formation of the 6N - New Zealand, who played five times, indicating a significant change in focus by the NZRU.

Three nations ended the year with 100% records – Spain (unbeaten European champions, they played four times overall); Fiji (with three wins in the Oceania championship); and Singapore (who won both of their games in the Asian Trophy). At the other end seven nations failed to record a test match win in 2018 – Australia, Belgium, Finland, Hong Kong, India, Papua New Guinea and South Africa - and Tonga and Czechia recorded their first ever test match wins.

However, in practice the leading teams in the year were undoubtedly France, New Zealand and England, whose only defeats in 2018 were against each other while they also recorded some large wins against teams only just below them in the World Rugby rankings. With all three now fielding semi- or full-professional squads this is perhaps test rugby’s biggest concern as this is a gap that seems only likely to grow.

And finally a mention of crowds. Discounting double-headers, a new record for crowd of 17,740 attended the game between France and England in March, and the game at the same venue between France and New Zealand in November also attracted over 17,000 spectators (despite the gillet jaune protests nearby). In addition Doncaster (hosting an England international for the first time) drew 3,876 - a new English domestic record for a ticketed standalone game – and Scotland against Canada drew an official 2,457 at Scotstoun at the end of November which would also have comfortably been a new record if tickets had not included the schools finals earlier in the day.

Record crowds in France and England (and maybe Scotland)