In the the second of our two articles we look back on 2018 from a statistical point of view, this time looking at with international* sevens. 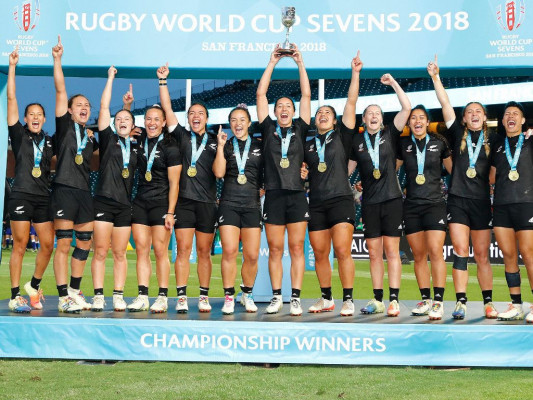 The growth of sevens continued in 2018 with more nations (99) playing sevens rugby during the year than ever before, playing a total of 729 internationals* (more than for every year other than 2015), including six nations making their debut – Bolivia, Brunei, Lebanon, Nauru, Qatar and Syria – the largest number of debutants in a single year since 2013.

Overall 138 countries have now fielded an international women’s sevens team since the first tournament in 1997.

Sevens is obviously centred around the four-year Olympic cycle, and in 2018 - two years away from the Games - it was notable that there were over 120 more games than in 2014. With most Olympic qualification tournaments taking place next year it appears very likely that 2019 will see a new high in the number of internationals, and probably teams.

Seven teams played fifty or more games in the year – with England (55 matches) the most active. France played 52 games, and Australia, Ireland, New Zealand, Russia and Spain played 50, and - perhaps unsurprisingly - the top 12 most active sevens teams were the teams that played in the 2017/18 World Series.

This illustrates the biggest and perhaps most urgent problem faced by World Rugby when it comes to growing the number of competitive teams. Teams outside the World Series not only struggle to find opportunities to play against the top teams, they struggle to play a significant number of international games at all.

Only ten non-World Series teams managed to play 20 or more games in international tournaments in the year – Brazil and Wales (25), Hong Kong and Kazakhstan (24), Belgium (23), Kenya and Mexico (22), and Singapore, South Korea and Thailand (21). Major teams such as the Netherlands played only 16 competitive international games, South Africa only 15, and Scotland (who will be competing for a place in the World Series next year) just 12. Many teams attempt to make up for this by entering invitational events in tournaments such as Dubai, but such events are often of a variable and unpredictable quality, and perhaps of limited use when preparing for a life in the World Series.

Only Qatar – in their debut year – ended with a 100% record, but they only took part in one tournament. New Zealand, on the other hand, played the best in the world and lost just two of their 50 games – an astonishing performance that, perhaps, we all to easily take for granted.

The following table summarises all international results taking place in recognised tournaments in 2018. Obviously, the rankings are somewhat unrealistic as – apart from the World Series – most teams rarely play outside of their regions, but it is perhaps a guide for how good a 2018 each team had.

England were the most active international sevens team in 2018, playing 55 games.