The first ever World Cup kicked off 30 years ago today. Lydia Furse looks back on this pioneering tournament. 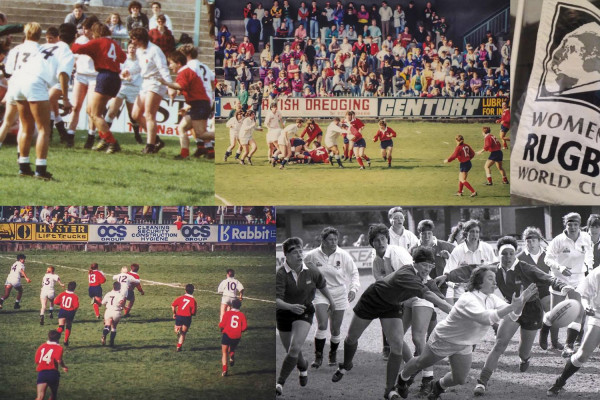 The Inaugural Women’s Rugby World Cup took place in Wales over a two week period in April, 1991. Organised by just four women but featuring twelve teams, the WRWC provided an incredible opportunity for women’s rugby athletes to compete at an international level. While a solid silver cup was at stake, and players had travelled from as far away as the USA and New Zealand to try to win it, many of the teams were participating for the international experience and to prove once and for all that women played rugby.

By the first kick-off on 6th April, 1991, the four-woman strong organising team were down to two. Mary Forsythe had just had a baby, and Sue Dorrington was in the England Squad preparing to take on Spain, leaving Deborah Griffin and Alice Cooper to ensure all went smoothly during the tournament. Undoubtedly Griffin and Cooper breathed a sigh of relief when the whistle blew and the games began, but their work load was far from finished. Over the coming days, we will be covering some of the off-field drama as well as the reviewing the on-field games of the First Women’s Rugby World Cup.

Eight teams competed on the opening day (New Zealand vs Canada, France vs Japan, England vs Spain, USA vs Netherlands).

Kicking off proceedings were New Zealand and Canada, with the NZ team winning 24-8. Strong winds and rains hampered the kickers with the final scores consisting entirely of tries, 2 for Canada and 6 for New Zealand (remember, in 1991 an unconverted try was worth 4 points).

Helen Mahon, playing on the wing for New Zealand, scored three tries in the first half but it was Jacqui Apiata who caught the crowd’s attention, setting Mahon up for the first try within the opening minutes of the game with a well placed cross-field kick. Apiata was also instrumental in another try, this time scored by Debbie Chase. Anna Richards dominated play and was vital to New Zealand’s victory over the well drilled and physical Canadian side.

The Canadians were actually the only losing team to score that day, with two tries in the second half from fly-half Corine Skrobot and second row Tina Fuchs finishing off the game, just not enough to turn the tide against the strong New Zealand side. 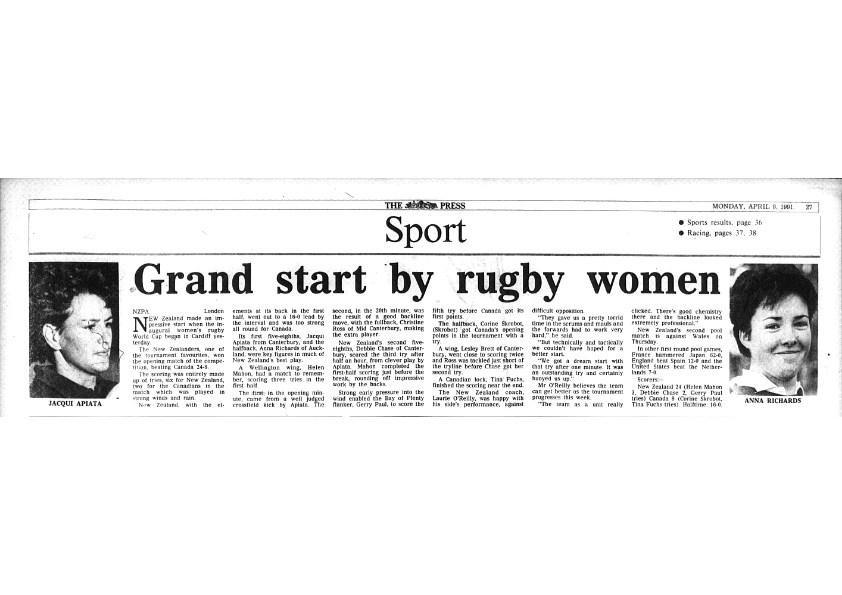 The game gained notoriety not just because of the impressive New Zealand victory but also because of the traditional Haka the New Zealanders performed before the game. The Sunday Times vividly described Debbie Chase leading the team in the Ka Mate Haka:

The sight of fifteen women performing the traditional Māori tribal dance, a ritual challenge which for centuries has remained the preserve of men, will live long in the memory. It was slick, done with conviction and it said in a more eloquent manner than any words could that the women’s game has arrived.

However, the performance offended some elders within the Māori community on the grounds that women did not traditionally perform in the front line of the haka nor adopt the wide-leg stance which some deemed inappropriate for women. However, other members of the Māori community supported the women’s rights to perform the haka. 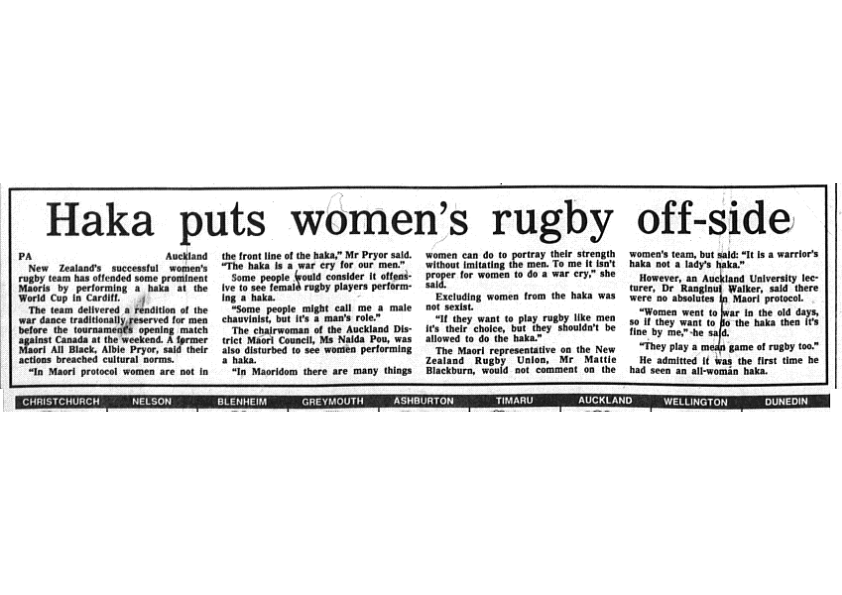 The issue evolved after the 1991 WRWC, as the Black Ferns sought permission to perform an alternative haka (entitled Ka Panapana) between 1996 and 2005 before Farah Palmer requested support from a member of the New Zealand Māori Rugby Board, who composed a haka specifically for the Black Ferns.

In the 1991 WRWC, New Zealand’s performance of the Ka Mate Haka symbolised the serious approach the players took to representing their country in Rugby Union, emulating the model of the All Blacks in their rigorous training, their style of play, and their desire for victory.

Lydia Furse and Scrumqueens will be bringing you more match reports and discussions of the 1991 Women’s Rugby World Cup throughout the week in honour of the tournament’s 30th Anniversary.