Development: Bottom up, or top down?

What is the best way of developing women’s rugby (or, come to that, any sport) to international level? With differing policies on two sides of the Atlantic, we may find out. 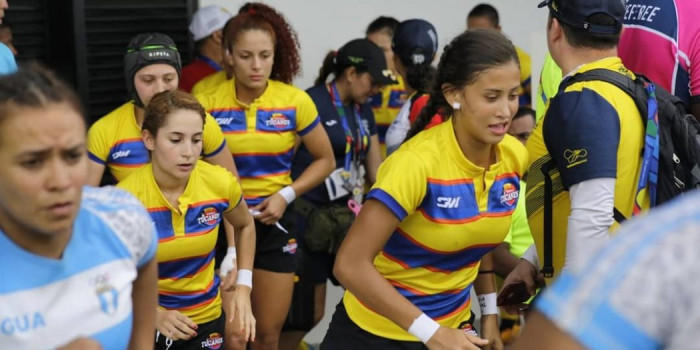 One of the challenges faced by anyone charged with developing women’s rugby especially in countries where the game the fairly new is how you go about it. Do you…

There are plenty of arguments one way or the other, but we now seem to have a fascinating (if unintended) “experiment” going on that may reveal which is the best.

Rugby Africa’s development plan includes strong elements of grassroots growth but the rapid development of national teams is a central element. There are some impressive ambitions, including having four African nations in the world top 30, and two at the World Cup by the end of the decade.

As a result this year we have already seen 12 teams from all parts of the continent playing test rugby in the first part of a new Women’s Africa Cup, several of which played their debit tests as recently as 2021.

There are similar plans to further develop sevens, including a four-leg continental sevens series, two teams at the World Series and Olympics, and four at the Commonwealth Games.

The idea appears to be that the international game will inspire and encourage players, aiding the bridging of the gap between junior participation programmes and adult rugby by providing a target for the best players to aim for.

In contrast on the other side of the Atlantic, Barbara Pichot at SudAmerica Rugby has a very different plan. South America has two active test-playing nations – Colombia and Brazil – but there are no plans at present to add to that number for the foreseeable future. Instead, South America (and neighbouring Rugby Americas North) will concentrate on developing the grassroots, first by expanding from sevens to 10s, and thence to 12s before moving to 15s, and only then launch more national test-playing teams.

Here the idea is sustainability and developing a strong skill-base, especially in areas of the XVs game that are not a major part of sevens, such as scrums and forward play.

Brazil and Colombia will continue to compete to represent the continent at the World Cup, and in competitions such as WXV, but there will be no formal continental championship until the test game begins to grow, which seems unlikely before the World Cup after the next.

We are unlikely to know the outcome of these two contrasting development policies for some time – perhaps not before the 2033 World Cup in the USA – but it will be fascinating to see which plan and policy is the most effective.