As part of our fifth birthday celebrations this week, we look at five things we'd like to change in the women's game. 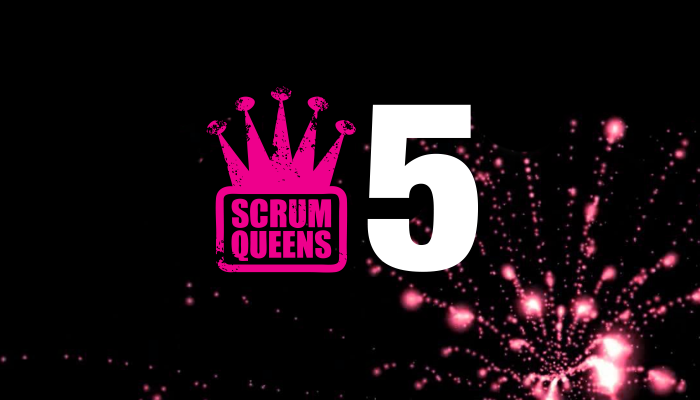 1. The introduction of official world rankings. In our view these are vital, not only in order to ensure that seedings in international tournaments represent current strengths (not just how well teams did four years ago) but also to boost the profile of 15s around the world. Rankings would ensure that teams at the top have the extra motivation of winning to maintain their position (especially if they started to slip down the rankings because they were not playing) and they would provide context for games across the board, which would be of particular help for media coverage. A friendly game played by a side like Switzerland becomes a much greater sell if you can say that a win would move them up in the rankings, or that their opponents were above or below them in the list. The unofficial Scrumqueens rankings are regularly quoted by commentators in the game but the game needs an official set and it is pleasing to see that the IRB is looking at this.

2. More international series: This sounds like a simple wish, but when you consider that outside the 6 Nations and the World Cup there are precious few international test competitions and series played with any real regularity you see the real need for this. Kazakhstan's slipping to 12th at the World Cup despite being unbeaten in Asia for four years, shows the problem of teams sticking to games within their regions and the women’s game could sorely do with a regular cross-regional tournament. A second tier regular European competition to run alongside the 6 Nations is also not completely impractical with sides like Spain, Belgium and Netherlands well established as women's rugby playing nations, and it would encourage sides like Russia and Germany to do more than just focus primarily on 7s.

3. Officials. It would obviously be ludicrous to just have U18 officials at an U18 tournament, so why is it seen as completely acceptable to have just women at a women's tournament? Gender should be irrelevant - the best available officials should be used for internationals where possible and where it’s not possible at least for the most vital games such as 6 Nations deciders and World Cup finals. That also means more women refereeing men's games as well! The fact that female officials need to be promoted far beyond their experience to appear at women's games in order to increase their experience says rather more about failures to give them that experience initially. Fast-tracking when it is to the detriment of those playing at the highest level is wrong and unfair on officials too.

4. Open debating. There have been giant improvements in the level of communication on key decisions around the women’s game from the highest levels in recent years but it is light years off where it should be. There has been little proactive communication for example about the next steps building towards the 2017 World Cup (when does the bidding start, where would the IRB favour as a region for example), or why China was dropped as a WSWS host. It’s fair to say that when we ask questions now of unions and organising bodies, we do most regularly get reactive answers, when that wasn’t the case when we started in 2009, but why can’t the game have access to information as easily as the top level of men’s rugby where it would simply be unthinkable that three years out from a World Cup, we have no information at all about what is happening next.  There is a huge difference between proactive and reactive information and at the moment the game is relying on the latter. It's improving thanks to great efforts of people like Susan Carty at the IRB and other excellent communictors in national unions but there is far to go.

5. An age grade rugby push and more “rugby” nations hosting more major tournaments. After the success of the U18 European 7s, how about an age-group World Cup? The Junior World Championships in the men’s game have been a success and the women’s game could sorely do with its own version, with the prize certainly likely to encourage more participation.

Secondly we would make the case for very selective choosing of major tournament venues. The past two World Cups have shown us that when nations where rugby is a leading sport host major events, the women’s game hugely profits in every respect. There is an argument of course that developing rugby nations should get the chance to host major tournaments but that is being catered for already through the World Sevens Series (think USA, Netherlands, China and Hong Kong recently) but the XVs game needs a rugby stronghold to host the 2017 World Cup,

Finally it is remarkable that neither Ireland, Scotland, Wales nor England have ever hosted a women's Rugby Europe event (there is a XVs tournament every year, an annual sevens series, and the official European XVs Championship every four years) when the benefits of doing so - both to the host nation and to European rugby in general- could be huge, generating greater exposure and interest. The Home Nations should be more proactive in helping develop the European game.