How to Lead and Inspire Women

Graham Smith, Assistant Coach of England’s World Cup Rugby Cup winning side, and Karen Frost, a leadership specialist, have come together to share their knowledge and experiences of leading and managing women. 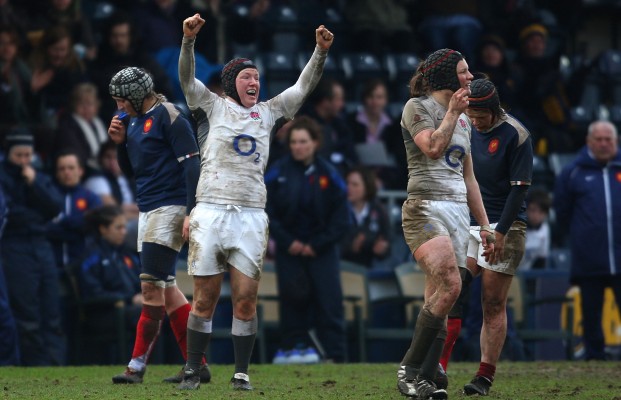 In this article, Graham and Karen explore inspiring ways to lead women and how to inspire them to become great leaders. Graham draws on his 12 years as Assistant Coach for the England Women’s Rugby team and Karen from her 15 years as a leadership consultant and business coach working with leaders from multi-national organisations.

"We both agree that women generally lead and like to be led in a very different way to men. This may be stating the obvious! So we have decoded what is different and why.

Firstly, in our experience, women like to connect emotionally in order to help to build trust and respect. Evidence of this can be seen when considering the overall averages of the Myers-Briggs Type Indicator (MBTI) which is the most trusted and widely used personality assessment test in the world.

In MBTI terms, one of the preferences based around decision making is Thinking (T) or Feeling (F) and world-wide results demonstrate a clear gender bias. 75.5% of women who have completed the MBTI profile report a preference for Feeling rather than Thinking, meaning women are more likely, although not exclusively, to make a decision based on moral and personal values, as well as consider the feelings of everyone involved. This suggests that women typically place people before process and this applies to all aspects of their lives, whether they are playing in an international rugby team or leading a division of a multi-national organisation. If you take this gender bias into account then, as a leader, you can behave in a way that ensures you place significance on emotions and values. In our experience, leaders that do this demonstrate that they care about the women they are managing, from both a professional and personal perspective, and women are far more likely to respect what that leader has to say and how they lead and manage.

Then you need to understand that confidence can be a fragile thing for some women. It can take a great deal to build their confidence but be lost in a blink of an eye. These women have self-doubt even if they have been capped for their country on many occasions or have been given numerous presentations as the divisional leader. Despite these achievements and the recognition, they often still go home questioning their ability and skills. This self-criticism also links to being critical of others and translates into how they view and judge other people’s skills, commitment or involvement. This means that they can sometimes be considered to be too critical of others.

Then we need to understand that men battle to bond and women tend to bond before they battle. What we mean by this is that the process of working and playing together brings men together and makes them a stronger and tighter unit, whether that be a season playing a sport together or working together through a significant business change such as an acquisition or a re-structure.

They bond through the shared experience. In comparison, women are more likely to bond through shared emotions. This still means that women participate well in group activities, however, the bond with their team mates or co-workers is much more reliant on the way the activity made everyone feel rather than the outcome of the activity. This time together also typically involves a greater amount of communication than occurs among male groups. So setting aside time for women to connect emotionally before they get into the process is vital. Creating bonding time at regular intervals will build them as a team.

And, leading on from this, in our experience women generally like to be led not controlled. They like to feel included and involved, so feel most comfortable and trusting when they are led with encouragement, praise and support.

Finally, in our experience, women under pressure are likely to take an aversion to risk. If you are a female senior leader in an international bank, this can be a real advantage; it will mean that you will take your time and weigh up all the odds before making risky decisions. If you are on the rugby field and you are under pressure because you are 15 – 0 down and in the last 20 minutes of the game, then this skill may not be so powerful!

So knowing these important factors, how do you lead women? In our opinion these are some of the vital elements that can make the difference:

1. Be open and honest. This connects you emotionally with women and means that they trust and respect you. Showing your emotions and a bit of vulnerability works well when making this connection.

2. Recognise that women can take offence if their values are crossed and accept that with time the offence will heal. Accept and recognise this and then work on re-building the relationship over time.

4. Be aware of the self-critical and self-doubting internal voice that some women have. Again, it helps to listen and then offer advice and support so they can move away from their self-critical internal voice. Within the sporting world you need your players going on to the pitch believing they are good enough to win and all the hard work and coaching will pay off if you believe in them and tell them so. For women in business the self-doubting internal voice can still be there but the challenge is a bit different. For example, in Karen’s experience of coaching women, their self-doubt can make them reluctant to apply for a promotion or a new job because they don’t believe they meet all the requirements set out in the specification.

What else can you advise women to do so they can inspire themselves?

You can also advise women of some key things they can do that support and enable them to lead and inspire themselves. In both our experiences, there are 4 things women can do that will start to make a difference to their career opportunities:

1. Get a mentor. More often than not, women do not find a mentor early enough in their careers to support and advise them through the challenging times. Your mentor can be male or female; just ensure you make the relationship formal. And gentleman – offer to mentor female middle managers, it will have a positive effect on talent development for the future.

2. Use the skills of a coach at key times in your career. In the Rugby world, this is a given. Historically, women came into Rugby when they went to University and this was the first time they were properly coached. Over the past 10 years this has changed and girls are coming into Rugby much earlier at club level. They are being coached at an earlier age and this is making a significant difference to their skill levels. In business you can use an internal coach available in your business or an external coach – either will be beneficial and utilising them to develop the right skills and behavioural support is crucial.

3. Networking. Using a variety of networking sources and skills, including social media, has become vital to career advancement; especially for retiring women rugby players. But when it comes to developing our contacts, women often don’t spend the time building their professional networks. In fact, whilst women are far more active than men on social media sites such as Facebook and Pinterest, men have proven to be much more active on business based sites such as LinkedIn with 24% of male internet users on LinkedIn compared to 19% of female internet users. In his book Windmill Networking Neil Schaffer suggests that you “build your well before you are thirsty” when referring to networking. This is great advice and something that is starting to be understood; from 2012 to 2014, the percentage of female users on LinkedIn increased from 37% to 44%. However, with 350 million users (April 2015) on LinkedIn worldwide, and 2 new members joining every second, there is a massive networking opportunity for women that is perhaps being missed.

4. Image and Presence. How women present themselves, those first impressions and the image they create in a business context, often needs more thought than the suit, shirt and tie template that men can refer to. So take time to think about your image. Be purposeful in what look you want to create and use some expert advice on how to do that – the earlier in your career you create a brand for yourself, the better.

When used effectively, these first simple and quite straightforward steps can be the foundation of becoming a successful female leader in any environment. With them come confidence, support and advice. So encourage them, advise them and coach them to get a mentor, a coach, develop their network and make sure they put some time and energy into their image."