Last year was the year of what might have been for the Italian women’s rugby team. In many ways it was the best year they had ever had, but  in others it was also the most disappointing. We caught up with the head coach and captain ahead of the 6 Nations. 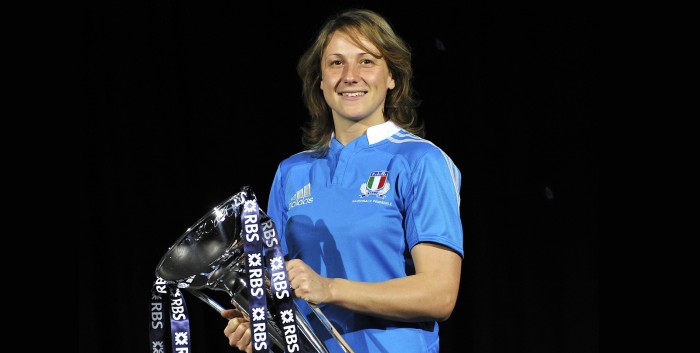 2013 got off to a flier for Italy who beat France and Scotland but the team couldn't do enough to secure World Cup qualification and so had to battle through the European qualifiers later in the year, where they lost out on a spot at the showpiece tournament.

"The year got off to a great start but unfortunately things did not work out and when it mattered most we missed out," captain Silvia Gaudino said.

"We came so close to beating Wales and Ireland, and then lost in the World Cup qualifier in Spain. We will always try to do our best, but  the target of the World Cup is missing now and that is very disappointing."

Head Coach Angela Di Giandomenico agrees. "When we really had to perform, like against Wales and Spain, we didn’t. It’s a mental thing we have to work on. It is like what Gary Street said about us “not turning up” against England. There is a mental block. There is the extra physicality of England as well, of course, but we can perform. When England won their last Grand Slam we were the only team to score a try against them. We can do it. And we hope this will be the year that we will disappoint Gary!"

Italian confidence has been helped by three of their leading players moving to Rennes, in the French Top 10.

“Sara Barattin, Awa Coulibaly and Marta Ferrari have been playing with Rennes and we have been impressed by their improved skills and motivation,” says Gaudino. “It is both a great experience for them and they are bringing all of this back to the national team."

“It is great because they set all this up themselves. It was their idea. I’d have liked to have played abroad myself, if only I were younger!”

However, like France, Italy will be missing some key players. “We also have injury problems, especially the first few games. Lucia Gai will miss the opening two games, and Flavia Severin will be out until March. But this gives more opportunities to our younger players.”

There are eight new caps in the squad, including three teenagers - Beatrice Rigoni, Novella Russo and Claudia Salvadego.