After an emotional end to their season, Fiona Tomas spoke to Lichfield director of rugby Becky Williams. who hails the performance of her ‘phenomenal’ players as an appeal decision is expected next week on her club’s shock exclusion from the Women’s Super League 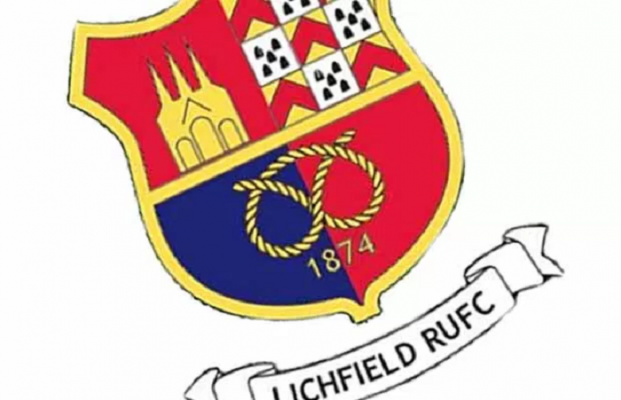 The end of this season has seemed longer than any other for Becky Williams this year. The director of rugby at one of the largest women’s clubs in the country – Lichfield Ladies RFC – has had to deal with her side controversially being left out of the new women’s Super League, which kicks off in September.

But an online petition, signed by more than 5000 people supporting their appeal to the RFU, whose decision and it is expected to be made public next week.

“I thought April fools had come early to be honest. I just couldn’t believe it,” Williams recalls. “I was just shocked and bewildered.”

Brimming with England international stars and with more than 15 years’ experience in the premiership, Lichfield have cemented themselves as one of the top clubs in the women’s game. Identified by the RFU as a ‘full-house’ club, Lichfield boasts junior teams at three different levels and a first and second team – which are referred to as ‘red’ and ‘green’ respectively, as Williams argues it would be too insulting to rank them at such an elite level.

In spite of all the unwanted publicity, Williams has praised the way in which her players – particularly those who formed part of England’s Grand Slam Six Nations side – have dealt with being left out in the cold.

“These girls have overcome an emotional rollercoaster. This decision – in the form of a press release that the RFU published during the Six Nations – has been handled phenomenally by the girls.

“It’s a testament of their character and of their strength that they were prepared and could handle it. At the end of the day, one bad decision by the RFU cannot define who the players are. In our view, the RFU made a mistake and we’ve tried to ensure that our players acknowledge and recognise that – and they have.

These are not empty words. They portray the determined attitude of a string of Lichfield players who, in the midst of frustration towards the RFU’s decision, defiantly pulled on a white shirt for their country during the Six Nations and played an influential part in securing England’s first Grand Slam since 2012. Harriet Millar-Mills, England’s second row, who joined Lichfield as an 18-year-old when she was breaking into the game, was voted player of the tournament. Fly-half Emily Scarratt (who plays for England at for England at outside centre) at surpassed the 350 points mark for her country and Amy Cokayne, who started out as a 7-year-old in the red and green jersey of the Staffordshire club, was a “try-scoring monster” throughout the tournament, as Williams puts it.

While Lichfield’s exclusion was a bitter pill to swallow for all connected to the club, Williams – a former club player herself – has nevertheless pledged her continual support towards the RFU who, in pouring an unprecedented amount of money into the women’s game, hope to facilitate the transition from elite club level rugby to the international stage.

“I think the new competition is brilliant, it’s a step forward for the game. As with any change, there will be teething problems and as with anything that’s new, it will take time to pen down, so we have to be prepared for next season being a bit up and down – that’s inevitable.”

“No matter what happens, Lichfield will continue to support the RFU in whatever league we are in. We have an amazing player base and we will continue to facilitate the journey for any player who has aspirations to play top level rugby.

“Whichever way we look at it, no matter what happens, what we’ve done and how we’ve done it has made a positive impact on the game.

While her side narrowly missed out on topping the women’s premiership table, there were over 1,200 who watched Lichfield’s 48-0 win over Richmond on the final day of the season which, which saw one of the biggest crowds ever recorded at a women’s premiership fixture. For Williams, this was proof that despite these dark days have ultimately defined Lichfield’s passion, positivity and pride to play as one club.

“I had an email the other day that someone who came up from Surrey and from someone from Newport who came up to watch the Richmond game. For those people to make the effort and come to Lichfield to show their support is outstanding, overwhelming and little bit shocking.

“Its times like this that you’ll appreciate and you can reflect on the positive impact you’ve had on the greater good on the game. It’s very humbling.”