Back on International Women’s Day, the then IRB published their latest summary of women’s player numbers. We now have the full data and it’s even more remarkable than was revealed in March. 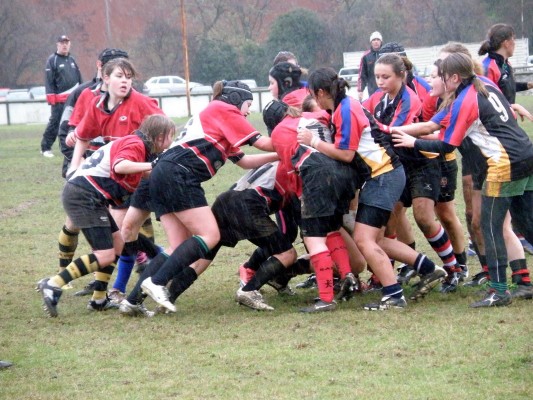 We do not normally comment much on World Rugby’s announcements on player numbers as we differ over their somewhat broad definition of terms such as “player” (as previous articles have discussed). We prefer to look at the number of registered players (rather than the broader "participants").

It’s not perfect, and may even be a slight undercount, but the fact that a player has at least filled in a form and probably paid a fee to join a club makes it, we feel, a more meaningful measure. And it is an approach that some bigger unions also support – France, for example, have only ever talk about their “licensed” players, recent releases from Australia have focused only on their registered player totals and England’s latest development plan saw them switch to the narrower definition.

This does mean it takes a while for us to report on this subject, as we have to first get hold of the data and then crunch through it. But this year it has really been worth the wait.

Last year we calculated a 6% rise in the number of registered players worldwide, compared to the previous year – which was impressive growth. But it pales into insignificance compared to the 2015 totals.

World Rugby gave a suggestion in their release about what has been happening when their preferred measure saw a rise of 11%, but (perhaps because of their inflated base) it underplayed the rise. Because in the past year the number of registered players has soared by an astonishing 32.34%. In 2015 there were 76,046 more registered female rugby players than in 2014, giving us a new total of 311,204.

We would be the first to admit that that rise looks ridiculously high. So are there any explanations for this other than lots of new players? For example, are some countries registering girls when they had not previously been registered, something we have seen in previous years with Scotland and Australia?

There is some evidence that this may be happening and its no bad thing if it is, but even if it is the fact is that the figures for just adults have grown over 17%, which is pretty huge. Perhaps some unions have introduced more comprehensive registration schemes, capturing unregistered players from previous years? Possibly, but such a change would also result in a similar rise in male players, and - while the number of male players have indeed risen - the rise was less than a quarter of that for women and girls.

So, although some of this surge in women players can perhaps be explained away by various administrative changes, overall this is very real. There really are a heck of a lot more women and girls playing rugby, worldwide, than there were a year ago.

What is more, this is nothing new (though the size of the rise is unprecedented) . In fact it is the continuation of a trend that goes back to at least 2009 (which is as far back as our data goes).

To put it another way...

If this rate of growth continued into the future (an admittedly unlikely event) - even taking into account the parallel growth in the men's game - by about 2027 there would be more registered women players than men.

What is driving this? Many things, but one is that a growing number of countries clearly see women’s rugby as their best hope to expand the game. As a recent article on an Australian sport website explained, there are some major financial and long-term growth benefits for Unions to be had from concentrating on the women’s rugby. Indeed in some countries – Japan, Poland, Belgium, Fiji, even New Zealand – the apparent continued growth of the game as a whole is entirely (or in New Zealand's case almost entirely) due to the growth in women’s game. Without the expansion of women's rugby in these countries the growth of the game would be, at best, near zero - and probably in a decline.

Overall the number of registered players increased in 73 nations in 2015 – and in 63 nations it's the women’s game that is growing faster than the men's.

We've ranked the 104 nations by the number of adult players, mainly because this is what we have done in previous years. However - looking at the longer term prospects - there is a case for looking at players of all ages as hopefully many juniors will eventually become adult players - so we have also listed those totals, with an rank order. It is interesting how little correlation there is between the two lists.

This may mean that some unions are better at keeping juniors in the game when they become adults, or it is that some have been concentrating in recent years on junior development. Even so, some of the "all girls and women" numbers are very high - for example Tonga's 6,150 active registered players is impressive for a country with a total female population of only arond 50,000. Swaziland's totals are also impressive for a country with no active international team.

United States, England and France still take the top three places at least helped in part by the large populations (we'll look into that more in a later article), though all three are expanding significantly with England recording a 15% growth in adult player numbers for the second year running.

But the on-field (and, just as importantly, on-screen) success of Australia and Ireland is being noticibly translated into player numbers. The impact of seeing a winning women's international team has clearly captured the hearts and minds of girls in Ireland, with a huge boost in junior numbers coming on the back of the second Six Nations in 2015 as well as That Game against New Zealand at the 2014 World Cup. In addition (although not revealed in the WR data) we know that three-quarters of the new Australian players are playing only sevens - again following on from the success of their international team. That sevens success has certainly captured the hearts of the young - remarkably (given its size) Australia now has more registered players overall than England or France.

Thailand's astonishing leap into the top 10 from 52nd place last year is a classic example of improved administration. Their huge rise in registered player numbers is at least partly mirrored by a fall in unregistered numbers  - though there is clearly also some real growth here as well, a growth also aided by the some regional on-field success for the national team in South East Asia. Whatever the background, this does leapfrog Thailand over Sri Lanka into the position of the biggest country in Asia for women's rugby.

South Africa now have the most registered players overall, despite a significant fall in adult players. How much the latter is a "blip" and how much is due to the disappointment of their Olympic Committee taking away their dream of playing in Rio we can only speculate, but the huge rise in juniors bears witness to some impressive development work.

Another country that stands out is Uganda, with 150 adults, but over 6,500 juniors making it the 11th biggest women's rugby nation overall.

*Estimate, or data from previous year.
Nk = Not known

If this rate of growth continued into the future, by 2027 there would be more registered women players than men.