In our second preview of the the main continental teams taking part in this years Autumn Internationals we turn to Spain, and we are delighted that the team behind Spanish women's rugby website Rugby Femenino have agreed to guest for us.

Rugby Femenino is simply one of the best women's rugby websites in the world, and has been since it began in January 2013. An incredibly comprensive coverage of Spanish rugby is at the core of the site, but it is its international coverage that sets it apart. There are few websites that attempt to cover the entire world of women's rugby, and none do it better than Rugby Femenino. 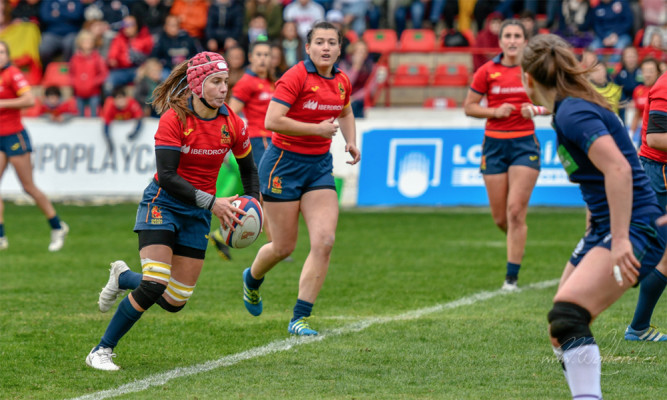 The "Leonas" planned to work for two weeks in October but in the middle of it, they had two Covid positive so they had end the camp early.

One problem this has created is that the players who should have returned to play in France and England couldn´t, and have therefore missed important training and match practice.

For me the biggest problem is that the rest of the squad, who have been without training, and the difference this creates between the players. Some of the players are more active, especially the ones based in France and England, but others much less. Players based in Spain are not generally paid to train away from national camps - there is some funding but it is not the same trying to train without a contract for six months, and then training for one week with one.

That will be the major problem for the team, looking ahead to Russia playing Spain next weekend. Apart from that the Spanish (players and coaches) are confident about the game. They expect only one result (as I do). We are a better team and the previous results where good, with a big difference in scores at the end. Today they started a new training programme leading up to the game next weekend and concentrating 100% on it.

The WCQ - that´s another issue. We will have more time to do things (depending on the Covid situation) but domestically Ireland is playing their league, the Scottish players are playing (a lot of them in England) and the Italian league in starting soon too. We do not kick off in Spain until December - after the internationals have finished - so this lack of match practice could be an real issue. We need to do something to be in the right shape, with rugby in our bodies to play those games.

In general this four team group is very even, so it is the details that will win the games.

Patricia Garcia, of course.
Amalia Argudo – a young player with a lot of future.
Paula Medin - She is the best, the oldest player, born in 1984
Maria Garcia - Another future star
Anne Fernandez - Young but with experience

I also want to see Maria Losada. She was injured last year and has not played any games since, but she is a good and powerful Number Eight.

"The World Cup qualification group is very even. It is the details that will win the games."