New Zealand have moved to the top of the ScrumQueens Women’s International Rugby Rankings following their 3-0 series win against England – but may not remain there for long. 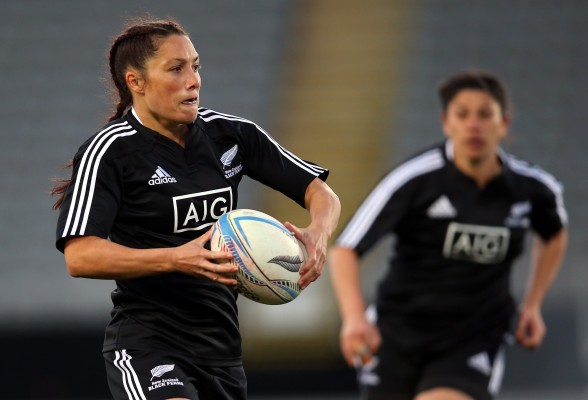 The home series win against moved the Black Ferns to the top of the ranking, pushing into second and – as a consequence – down into third. However, it is still very tight – a mere 31 points separate and the Black Ferns, and if had won the final game (or even if all three results in the series had been as close as the second test) might still have retained the top position.

So close is it that good performances by England in the Nations Cup could move them back to the top again by the end of next month, particularly as – like all ranking system – there is bias towards the teams that are more active.

The U20s Nations Cup has also had a small influence on point scores, but not sufficient to change any positions (the ranking takes into account the results of all games involving officially selected national teams – apart from Sevens - though it is heavily weighted towards test matches).

The compiler of the table – Serge Piquet – has backdated his calculations to show how teams have risen and fallen over the past thirty years - and the highest (+) and lowest (-) position each team haveever had at the end of any month.

Teams such as and on the other hand, have slipped down the rankings since 2010 mainly due to a lack of matches. However, as they are in action in the Nations Cup over the next few weeks both have a good chance to move up. The could even move above if they do particularly well - though going higher will be more difficult, the gap from fourth to third being quite significant.

Read more about how the rankings work here

"+" and "-" indicate the highest and lowest positions ever attained.

ankings for 2009 were those at 7th October 2009, and those for 1987 are those at 22nd May. All other rankings shown are those at the conclusion of each year's Women's World Cup (which, in some cases, will differ from a team's final position in that tournament).