Olympic rugby - the wait is nearly over

The waiting is nearly over. One week from today, at 11am local time (3pm BST) the first Olympic rugby tournament for 96 years – and the first ever women’s tournament – will kick off in the Deodoro Stadium in Rio. 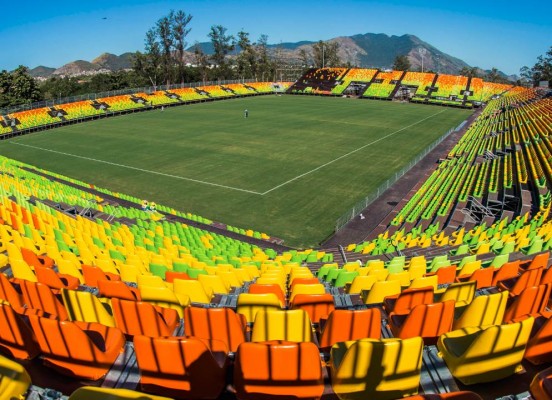 It is appropriate that it is women’s sevens that kicks off the return of rugby to the Olympics next Saturday as without the women’s game rugby would not be in Rio.

Rugby was dropped from the Olympic programme after 1924. Crowd disruption after the final is often raised as the reason, but in truth the main problem was a lack of entries. Between 1900 to 1924 no more than three teams took part in any tournament. An “exhibition” tournament at the 1936 Games only attracted four teams, so the sport remained in the wilderness.

Despite this the spirit of rugby remained popular with many senior IOC officials and after IRB became an officially “Recognised International Federation” in 1994 the possibility of returning the Olympics began to be taken seriously.

When it had been in the Olympics, rugby had been played as the traditional fifteen-a-side game, and needless to say men-only. With so few teams and squads no bigger than 19 players accommodating the sport had not been a problem, but the modern game with 30 or more players per squad would have been very expensive for host cities, while the necessary recovery times meant that a tournament would have struggled to fit into the two week Olympic programme. So when in 2002 the IRB started to put together its bid to rejoin the Games it was quicked decided that sevens would be the way forward, but remaining a men-only sport.

The list of sports that would make up the 2012 London Games was to be decided at an IOC meeting in Singapore in 2005. The IRB arrived at the meeting full of confidence with major sponsors behind the move, and the IOC President Jacques Rogge a keen supporter. So it came as a shock to the IRB when their application was rejected.

The world had moved on. Gender equality was uppermost in the minds of IOC delegates - the 2012 Games were being promoted as the most equal ever – and applications from single-sex sports were not going to win friends. A strong hint came early on when the existing single-sex team sports of baseball and softball (which had been in the games since the 1990s) were uncermoniously dropped from the programme, while boxing only retained its place after introducing women’s categories. In retrospect a men-only application from rugby was never going to be accepted.

To give them credit the IRB learnt the lesson very quickly. Very soon after the Singapore vote a new bid was constructed with women’s rugby given equal status. To back that commitment, a 16-team women’s tournament was added to the schedule of the next Sevens World Cup, due to be held in Dubai in January 2009, conveniently just a few months before the next IOC meeting.

What then followed could hardly have gone better for the IRB. The first team to qualify for the women’s tournament was Brazil, suggesting that the 2016 hosts could be competitive. Then in Dubai in front of big, excited crowds and IOC representatives four different continents were represented in both the men’s and women’s quarter-finals, the men’s tournament had a surprise winner, and a classic women’s final was decided in overtime.

When the IRB arrived in Copenhagen later that year they found the attitude of IOC members was significantly different to four years before. Indeed, so impressed by what they had seen were they that the most difficult question the IRB had to answer was why they had limited their application to only 12 teams ("We followed the guidance of the Executive Members of the IOC, but if the IOC feels we should have more teams, we will add more” said a cautious IRB Chief Executive Mike Miller). And on 9th October 2009 rugby rejoined the Olympic family. And it was women's rugby that has swing the vote.

Now, seven years later we only have seven days to go before France and Spain take the field. The carrot of the Olympics has already seen national women’s sevens teams established in over 100 countries – a record that only football can match. Player numbers worldwide are growing massively, professional contracts are being offered to leading players in a growing number of countries, and even media coverage has improved (though there is still a long way to go there!).  All this has been achieved before a ball has been kicked in Rio.

So what more can we expect as a result of rugby being part of the Games?

It is important to remember that just being at the Olympics does not guarantee massive international media coverage. There will be at least 17 other sports taking place across Rio on each of the three days of the women’s competition. To get on the screens of countries not in the tournament, and especially where rugby is not a major sport, will need something special. A big crowd with a great atmosphere is also needed, and it is a slight concern that rugby tournament tickets are still on sale.

That said, opening with two of the tournament’s greatest rivals – France and Spain – is a clever move as it should be a tight game, played at an ideal time for TV audiences in both Europe and the Americas. Beyond that the speed of the game, the short matches, the quick scoring, all could just attract audiences channel flipping between the swimming, cycling and rowing.

Never has rugby – and especially women’s rugby – had such an opportunity to attract a new audience and new supporters. It’s going to be quite a ride.

It is appropriate that it is women’s sevens that kicks off the return of rugby to the Olympics next Saturday as without the women’s game rugby would not be in Rio.