Olympics: the pain of losing

The image of the Olympics is the smiles on the faces of the winning teams, those who go home with medals. But for every winner there must be losers, and they tend to return quietly, with brave faces looking to the next challenge. We rarely get to hear an honest and open review by a coach, expressing the pain of what might have been - least of all in a published interview on their national union's website! So this interview with French coach David Courteix, made the evening after their quarter-final defeat to Canada, is all the more remarkable. 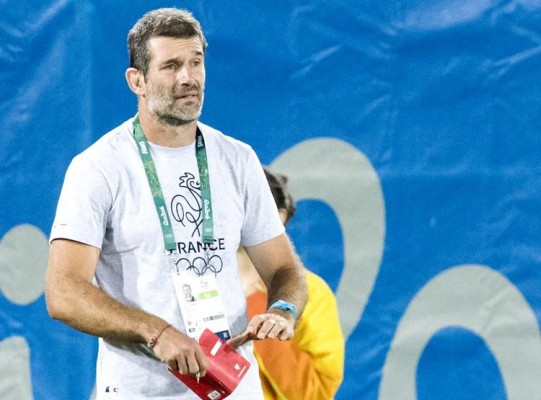 A few hours after being knocked out of the women's Olympic tournament, David Courteix, coach of French team spoke to ffr.fr – the official French federation website. The result was a remarkably open and honest assessment of the performance of his players and his thoughts for the future.

FFR: Now it’s over, what is your assessment of these Olympics?

David Courteix: The disappointment is huge, but I will not take it apart in detail as usual. Finishing 6th, I think we're in the right place in this tournament but I know about the players and what they have achieved. We can do much better. We still have very little experience and too little play at this level. We have not matched with what I had seen, and I know that we could do.

FFR: What is the game do you have you most regret?

DC: If we take things in order.

The first game against Spain is rather successful even if we had to adjust the details here and there and use make more of space.

The Kenya match led me to ask me questions, because even if the score was good, and we must respect the opponent and their qualities, we were already not following the game plan.

Paradoxically, our second half against New Zealand raised my hopes a lot. Playing a little more intellgently and looking up, we were much better.

So finally, the game against Canada will let is the one I really regret because I feel that we had our chances, we could get hold of the ball. We were rarely out of position. But we are a team that needs spaces, movements, calls around the ball, offensive replacements, and we chose a particular game with small patterns. But we never managed to get the speed, movement or intensity we needed

FFR: Relive the second day of the tournament. Why this inconsistency?

DC: Physically, we have not had any problems because the intensity was well below what are we used to meeting on the world circuit. But we have never been able to maintain the focus that we usually do and this was a key problem.

It is true that the matters of consistency and maturity keep recurring. Maturity is not necessarily a matter of age, although we had a young team with players who will be around for the next Olympiad. When I speak of maturity, I mean ability to master events and to become aware of the importance they can have. The Olympics are not about preparing the mind at the last moment.

I do not question this group’s enthusiasm, commitment or desire to do well but on the other hand, it is a group that has failed to learn from experience. That's my failure because I failed to get the messages in their heads. I too listened to outside advice, telling me to make these Games a competition like any other, but I should have listened to my instinct because it is not a competition like any other and I blame myself a lot forof committing this error.

This is the most important competition in the world and the most compelling for rugby as a whole. We finished sixth but objectively the talent and potential of girls deserved much better

FFR: What will happen now?

DC: This is not a catastrophe. What happened here has happened a lot in the women's 7 in recent years. Do not forget that two years ago we were not even on the world circuit, and we grabbed the Olympic qualification in the toughest way possible.

This group has a future and huge potential. It will take the girls to ask questions about whether they can reach the highest levels now that they really know the requirements! Is it they that need to be ready to start new adventures knowing the sacrifices that must be made. When you enter an Olympic project the aim is to get a medal and not to play second fiddle or make just make an appearance.

To be clear, I am determined to continue the work. I do not hide the fact that after the Olympics qualifier I said I wanted to move on but I am so disappointed and frustrated I now want to continue. But the decision is not mine, I am only a soldier of the Federation.

When you enter an Olympic project the aim is to get a medal and not to play second fiddle or make just make an appearance.