Poland are one of the development successes of European Rugby. Hosts of the recent men's Under 18 championship, their women's team start the European Sevens "A" tournament seeded to reach at least the semi-finals. We spoke to coach Tomasz Kapustka as his team prepared for Bergen. 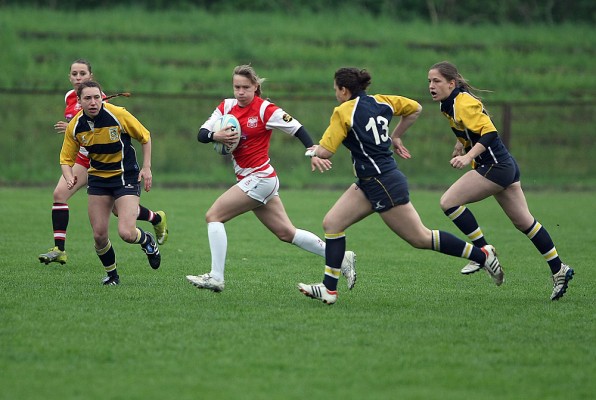 Poland reached the semi-finals of last year's Division A tournament, and have been successful at past Emerging Nations tournaments. How confident was Tomasz and his team going into the tournament in Bergen?

"We are still developing. We have a very short history – less than 13 years – and for the national team to now be situated in Division A is already a very high level."

"In Poland women’s rugby runs in parallel with the men's. Very often the women's sections are part of the biggest men’s clubs, which have a long tradition of playing the game – Gdansk, Warsaw (where there are three clubs), and Silesia.

"Most players come in from other sports, and many continue to play the other sports as well, such as handball, volleyball and basketball.  As we grow this not be possible in the future – it will show that we have been successful. However for now I think it is fantastic that players can move between sports."

"Participation in competitions such as the Amsterdam 7s is vital to prepare for the European Championship in Norway. It’s a real challenge on its own, and big experience, and it also allows us to watch some of our other opponents in Division A, like Norway who are playing on the neighbouring field. We have at least five games here against strong opponents, all of which can video so we can learn what we need to do to be successful in the European Championship"

Poland have won several of the recent Emerging Nations Training Camp tournaments in the past, but were absent this year:

"Amsterdam was particularly important this year because unfortunately we were not able to go to the Emerging Nations Training Camp this year because we – Polish Rugby – hosted the U18 European Championship. Almost everyone involved in rugby in Poland was needed to help organise and run the tournament."

What of the future?

"I am the coach – I have to be optimistic! But for now our aim is just to stay in Division A. If we are to move on we need more experience, more chances to play not just in the European competitions but also in events as well, like Amsterdam where we can play - and also watch - the best teams from around Europe – and around the world. We can see what it is possible to achieve with effort and dedication."