Popularity and equality in women's rugby

What the numbers say...

A couple of weeks ago we updated our look at women's rugby player numbers worldwide. But not all countries are the same - so where is the game most popular? And also most equal? 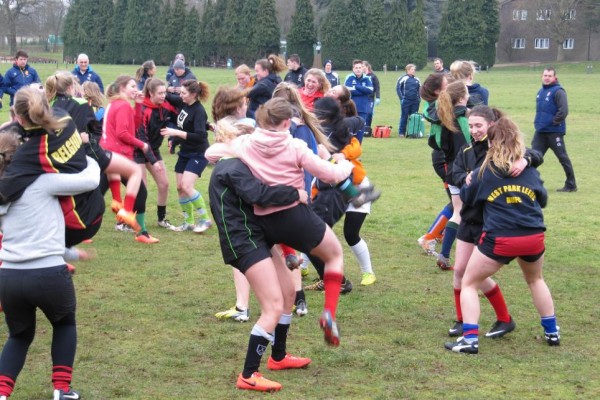 As was pointed out last year – player numbers alone are not the whole story about how popular a sport is. The United States may have nearly twice as many registered adult players than any other nation, but it also has far more women to begin with.

So – as we did last year – we are attempting here to find where women’s rugby is really the most popular by taking into account how many people actually live there (on the assumption that the more popular a sport is the greater proportion of the population will play it).

Last year we looked at all registered players but this year the table looks at is the number of adult players (over 18 years-old) in each Union per million adult women.

Again the women’s game appears most popular in the small island groups. Niue, Tonga, the Cook Islands, the Solomans and Samoa lead the way for the Pacific with the Atlantic islands of Bermuda and the Caymans not far behind.

But when it comes to the major rugby nations it is not the women of New Zealand who lead the way. Although the game is apparently proportionally more popular with schoolgirls there than anywhere else, when it comes to adult rugby, the home of the Black Ferns is comfortably beaten by Ireland and Wales.

With 1,511 adult players per million, women’s rugby in Ireland is (if the data is correct) more widely played than in any other major country. Wales is not far behind on 1,132 players per million – but New Zealand come a distant third with just 697. Scotland, England and Australia lie some distance behind, while France languish in 29th place (only just ahead of Belgium) and the United States are 38th, alongside the Dutch.

We’ve also had a look at where rugby is most “equal” – in this case the countries where the ratio of female to male players is highest - whether equality actually stretches to attitudes is perhaps another matter.

It is no surprise to see that Kazakhstan tops the list here as they have always had a reputation of having a near 50:50 split of men and women playing the game. Over 47% of registered adult players in Kazakhstan are women – and interestingly their leading women players do seem to be far better known than their men.

However what is particularly interesting in this list is some of the countries near the bottom. Less than 9% of players in England are women, and in France it is less than 6%. Australia come in at 82nd place with just 4.8% of players being female, but even that is higher than South Africa’s 4.4% and New Zealand’s 4.3%.

Quite why the more “traditional” rugby nations have proportionally fewer players than where the game is “newer” is an interesting question – but it does suggest that these countries have huge potential to expand. If women’s rugby in England was as “equal” as it is in the United States, for example, England would have three times as many players – over 24,000.

Where is women's rugby a more popular adult sport than New Zealand?

And what is so special about Kazakhstan?