The remarkable story of Bayzat Khamidova

Bayzat Khamidova has been a standout player in the Russian women’s sevens team since the launch of the World Series in 2012. As she heads for the Olympics an interview in Russian magazine Sport Express has revealed her remarkable background story – a tale of isolation, discrimination and civil war. 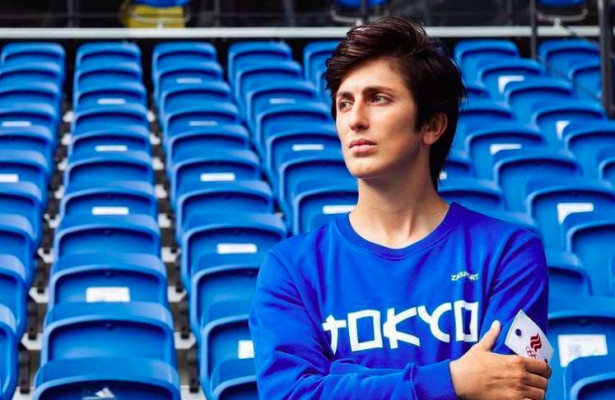 When an interview with an international rugby star begins with "We sat in the grass during the day, afraid to move, in case the militants noticed us" you suspect that it’s is going a little different to the usual carefully vetted PR puff.

As so it is with an interview published yesterday in Russian sports magazine, Sport Express, where Dmitry Kuznetsov spoke to Russian sevens star Bayzat Khamidova.

Bayzat made her debut in the first World Series in 2012 and stood out from the start, not only for what the interview calls her “boyish image”, but also because she epitomised Russia’s aggressive style of play which was rare in women’s sevens at that time. Russia’s then-coach Pavel Baronowski would describe how she and her sister, Navrat, were discovered “in the mountains”.

What was maybe not clear until now is quite where those mountains are, and what sort of young life Bayzat had.

Bayzat comes from Ibragimotar, a tiny, isolated, village in Dagestan - Russia’s southernmost republic - less than a mile from the border with Chechnya, a region for which the phrase “war-torn” is often linked. So Bayzat grew up with a civil war going on at the bottom her field.

For the children, it was entertaining:

“My sister and I now remember ... we did not realize then how dangerous it was. How real it was. Ibrahimotar is next to the Terek River – you could go through the forest and easily cross the river and border into Chechnya. Then we did not understand who was fighting, or why, but we went out into the street to watch fighter aircraft fly over and drop bombs. We counted the seconds, closed their ears - and everything began to shake! It was great fun for us. Realisation came later.”

That realisation came in 1999 when the Chechen rebels started to take the war into Dagestan.

“I remember 1999 very well when the second Chechen war began. The village was woken up and everyone was taken to a field and told to sit in silence for the day in the grass. They said that an attack was being prepared from across the Terek. We sat so as not to move because if they came, they would go to the village itself, and the field was some distance away. We sat there for almost all day, and many showing real fear on their faces, many children cried. I was most afraid for my little brother, not for myself. As soon as there we heard small rustle, everyone went quiet and listened, for someone it was in panic. The next day we were all evacuated to Makhachkala [the nearest large city, about 140km east on the shores of the Caspian Sea].

“Thank God they didn't come to our village. We spent a month with my aunt in Makhachkala but I remember that before leaving, Navrat and I walked around our house, and there is a loaded automatic machine gun behind the chair. The men were going to defend the village. Every day after work, they gathered on the bridge at the entrance and learned to shoot.

“My father stayed in the village and waited. My grandma also. Because come what may, we had no choice. But people were preparing for a real war. Thank God [the rebels] didn't touch us. Only in the mountains were there actions.”

Although the war is a distant memory, it also provoked a rise in racism against peoples from the Caucasus – including Dagestan, which is also Muslim area in a largely Orthodox Christian nation. There were attacks and demonstrations against people from the Causasus in Moscow and other cities in 2010. Bayzat knows that she represents her republic – she even recalled how the Sports Ministry told her that “if a Dagestani does a bad thing, the whole republic feels the response”.

The region also had very traditional views on the roles of women, and girls and women playing sport. Bayzat recalls how “sports was considered both inappropriate and ugly for a girl”.

“My parents almost always supported me but I remember how once my mother did not let me go to the republic’s sports competitions when I was a child. I still remember how I sat in the kitchen and watched the bus leave without me. I cried as if I lost the final of the Olympics. The rest of the time it has never been a problem - but there are families who are totally against it.

“Mostly it's upbringing. In the Caucasus the man is in charge. They say that in the Caucasus, a woman should stay at home, give birth to children, and bring them up. But we have two girls from our village national teams - me and Zemfira Magomedalieva in boxing.

“But until I was 17, we did not go in for sports at all in Ibrahimotar. There was physical education, and twice a year we could go to regional competitions but it was hard, we lived from what we grew with our own hands. What we planted - cucumbers, tomatoes, watermelons – we ate and sold so that in winter there was money. Constantly in the garden. There was no sport.”

Bayzat tried athletics, but did not make the mark, and was working as a nurse when the coach of her sister’s rugby club in invited her to training. Three days later they offered her a contract for her to play in Krasnoyarsk at 7000 rubles per month (about £70) for three months, which gradually rose to 18,000.

“But I had to ask my parents, and would transfer the money to them. The bought a bull. Now there are 10-12 cows, a couple of rams, chickens. I didn't need a lot of money as in Krasnoyarsk there was housing and food. Now I was able to help my parents, brothers, and sister.”

When she came back to the village she was sometimes “confused as a boy”. “At first it was unpleasant when I came home, especially when I cut my hair. But now I just do as I feel comfortable.”

And now Bayzat and her teammates are on their way to Tokyo 2020. How did she feel when the finally qualified?

“Feelings were ... I have been asked this question how many times, but I still cannot answer it. We cried, laughed, kissed. It was so good that I could not understand how it felt. This is the highest level - the Olympics as part of the Russian national team. We've been preparing for this for years. I think we can do well in Tokyo as well. Last year, we were preparing very hard, although it was very difficult with all the quarantines and restrictions. And how did you celebrate? We arrived at the hotel and had dinner. Everything. ( Laughs ) Champagne? Some can sometimes afford to take a break. But in moderation.”

And what will it do for women’s rugby in Russia?

“Development programme were already going on when I started, but the public knew much less about the game. Now there will be a push. We are still compared to American football is. ( Laughs .) Like the ball is the same, what's the difference? We need PR, marketing. There is the TV series, recently released, called "Rugby". Even if some of us do not like think it is very realistic, it is still helps the sport to be seen.  Now it's up to us, we need to show a good result. I would love to compete for a medal!”

After the Olympics, what are your plans?

“Is everyone waiting for when I finish?” (Laughs)

If this is the pinnacle of your career, will you lose motivation afterwards?

It seems to me the opposite. Motivation will be even greater. You get the status of an Olympian, your confidence grows, and you are obliged to set an example. It just doesn't matter to me whether it's a village championship or a world championship. I like to play, to win. I feel confident that I will continue to play.

How did the village react?

I was there just recently. There was a massive reception, everyone was fed! True, I was in Makhachkala during the main feast, but for three days then everyone came to me, everyone hugged me”.

"We sat in the grass during the day, afraid to move, in case the militants noticed us".