Scrumqueens.com was founded in September 2009. Ten years on, Ali Donnelly and John Birch take a look at what has changed in the world of women’s rugby and what we’ve learned. 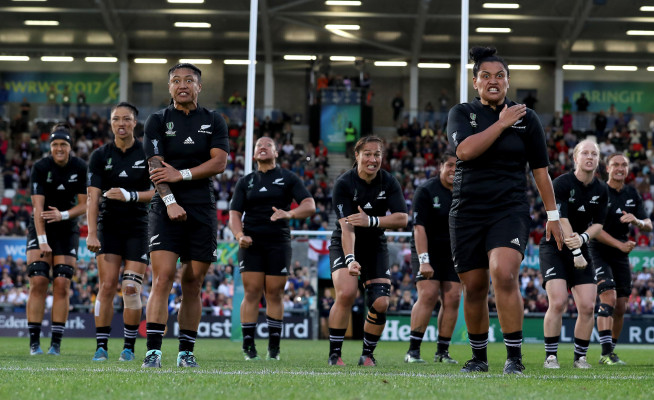 Although 2009 is only 10 years ago, it is easy to forget quite how different women’s rugby was then compared to today.

As the Scrumqueens decade opened, women’s rugby in England still did not come under the RFU, but rather the RFUW – the Rugby Football Union for Women.

Discussions were ongoing, and a plan to unite the sport was well in hand - and would come into effect a year later - but it is still remarkable that the sport in one of the leading rugby nations was still divided on gender grounds less than a decade ago.

Pay-to-play – players selected for national teams having to self-finance their participation – still existed in some of the top women’s test nations, most notably Canada where it would continue until midway through the decade.

A protest by three leading players in 2011 – lead by Brooke Hilditch – had little effect, and it was not until 2016 that an independent fund set up in memory of a former president of Rugby Canada finally allowed Canada to select test teams based solely on ability rather than access to funding.

The Canada example is not the only way in which the way players are treated has changed and though many players around the world still pay to play for their country, it is rare among the top nations.

Ireland’s trip to Pau to play France in 2012 has almost reached the status of legend - forced to travel across France by train because it was cheaper than flying the team all the way from Ireland, with the delays that resulted in the team finally arriving at the game only hours before kick-off, before losing by just 8-7.

It was a small turning point where the resultant negative headlines ensured that when Ireland repeated the trip two years later, they travelled as international sportswomen should,  although issues remain between the union and its leading players on direction of its programme to this day.

Of course the major reason for this was that women’s rugby was an amateur sport – and still, of course, largely is, though leading sevens squads have had some remuneration since the middle of the decade, and there have been exciting steps towards some sort of financial rewards in fifteens in some nations, both at test and club level. Today for example England announced the names of the 28 players with full time contracts for next season.

But if you wanted to be paid to play a decade ago, the only opportunity you had when this website started up was to find a Dutch passport as the Netherlands’ great experiment – to see if they could steal a march on everyone and qualify for the 2016 Olympics – was under way.

At the time it seemed remarkable, very brave, and initially at least very successful, prompting other nations to get involved as well.

Germany had very serious Olympic hopes prior to 2016, and Ireland – a nation with no previous interest in sevens – organised a team at almost the last minute.

France were another last minute enthusiast for sevens – they had a team, but it had almost no investment from the FFR and zero interest in the first couple of years of the World Series. Despite being last minute, France did make it to Rio, while Ireland narrowly missed out, but made the World Series. The dreams of the Netherlands and Germany died – such is the power of the Tier One nations once roused. That at least has not changed.

One fundamental way in which the game has changed has been the mix between test and sevens rugby.

In our first 12 months there were 87 test matches – it was the most important form of the game and, though we did not know it, the high water mark of test rugby. No 12-month period before or since then has come close – in 2015 test rugby reached a nadir of a mere 35 games.

That was until this year. Over the past 12 months there have been 80 tests, while the number of test nations has grown from 55 to 66, but overall – in pure numbers - test rugby is roughly where it was 10 years ago

One major difference between now and ten years ago is that participation at all levels has exploded. World Rugby’s statistics on this can be puzzling, but just a glance at the number of women’s teams playing at all levels shows the expansion.

The best statistics we have suggest that in 2009 there were just over 50,000 registered adult women players worldwide. By 2016 (according to the latest data we have) this had nearly doubled to just over 90,000.

If that rate of growth has continued, and all evidence suggests that it has, today there will be at least 110,000. This rate of growth – over 10% per year – is all the more remarkable because men’s participation over the past 10 years has at best been static, and in a number of countries has actually declined.

Ten years ago women’s rugby was a little regarded adjunct to the worldwide game.

Today it is its main, even possibly sole, engine of growth.

And that is where the big changes have been. Sponsors are moving in where they were a distant dream before – and they are helping to drive the women’s game forward.

Unsurprisingly perhaps, discussions behind the scenes are rarely made public, but we know that the long overdue expansion of the World Sevens Series this year was in part due to sponsor pressure, and from what we hear this is not unique. There are also serious discussions now underway to create  a proper test calendar for the 15s game.

Broadcast media are following on too. The 2010 World Cup was a remarkable event for several reasons, not least the live TV coverage of a large chunk of the games. The 2014 competition followed with almost every game shown – and with unprecedented TV audiences – and that growth has continued.

As recently as 2014 our attempts to follow the Six Nations live included tuning into local radio stations in the vicinity of a match in the hope that they might cover the game - there being no chance of national broadcasters showing any interest. Today every game is available – live – either streamed or on TV. When games are not available now there is an outcry. And not just in the Six Nations. Worldwide almost all women’s tests can be watched, live.

We notice this at Scrumqueens whenever we attend the annual Six Nations launch. When we first attended this annual event we were just about the only people present. We could chat to all of the women’s captains for as long as we wished. Now we are just one media outlet amongst dozens queuing up to talk to each captains for just a few minutes.

At the same time crowds have grown to inconceivable sizes.

Spectator numbers in France had always been good, but England and Ireland are filling grounds now. This, combined with media interest and sponsor pressure makes women’s rugby a commercial entity that was beyond our dreams in 2009.

And there is so much more to come. As the 15s game is moving from amateur to semi-professional, and in England’s case fully professional, the sport is picking its way through a period whereby inequities throughout the test game will become significant as the haves and the have nots become clearer.

A microcosm of this is already emerging in the English Premier 15s – where the sides who are paying match fees and have money to lure players are streaking way ahead of those who are purely amateur.  For the international game, World Rugby and the game’s other authorities must ensure those who fall behind do not do so to a degree that will make catching up impossible.

A proper test window with meaningful test competitions for the top and bottom levels of the game across all regions is on the way and is a must, while sound commercial propositions are long overdue for the key tournaments.

So much has happened 10 years but there is so much more to come.