Should Great Britain play in the World Series?

World Rugby CEO Brett Gosper has said he “would be open” to the idea of a Great Britain team playing in the Women’s Sevens World Series, perhaps copying the model of Britain’s hockey set-up. 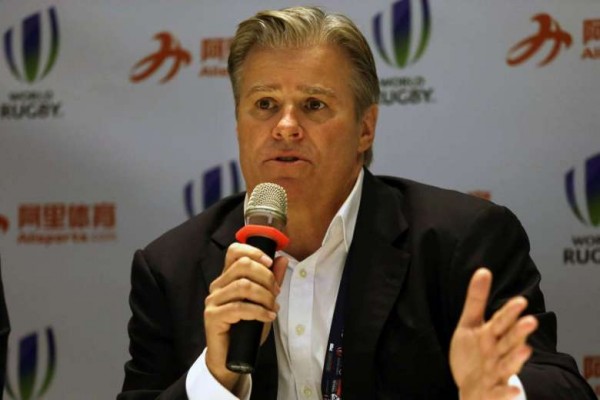 Speaking to BBC Wales Gosper said: "If they really are taking the Olympics seriously, it would be normal that they look at it. And we would welcome either alternative [playing as separate nations or combining as GB] in terms of it fitting into the [world series] programme. It's up to the host nations of those countries to work out if it's much better for them to combine their resources and present a GB side."

Wales’ Jasmine Joyce was the only non-English woman in the tournament, though players from Scotland and Wales were part of the GB squad in the year leading up to Rio.

The problem of three national teams having to combine as one for the Olympics is not restricted to rugby. Hockey also has three separate British national hockey associations (like rugby it is an all-Ireland sport), with the extra challenge of a World Cup and Commonwealth Games midway through the Olympic cycle.

They came up with an interesting solution some years ago. There is now a permanent GB training squad, but England, Scotland and Wales play separately in all tournaments for the first two years of the Olympic cycle (up to and including the World Cup and Commonwealth Games) before combining in tournaments outside Europe for the second half of the cycle.

It is a solution that seems to work well – and has brought GB medal success, including gold in Rio.

Hockey has many more years of Olympic experience than rugby sevens, which only made its debut in Rio this year where GB were beaten by Canada in the bronze medal playoff, having only been able to play together as “Great Britain” in one tournament prior to the Games.

Turning to the World Series as a whole, and this week’s announcement about the WSWS’s five confirmed venues, Gosper says the growth of the women’s game is a focal point ahead of the 2020 Tokyo Olympics. "Perhaps one or two of the women's teams could have been stronger [during the Olympics]” he said.

In truth World Rugby tried very hard to help teams in Asia, Africa and South America develop by giving places in the World Series to China, Japan, Argentina, Colombia, Kenya, Brazil and South Africa over the past three years and there is certainly little World Rugby could have done about the vagaries of the qualification process, and especially current Hong Kong Sevens champions South Africa being withdrawn from the Games by their Olympic Committee.

But the absence of any African or Asian teams in the World Series core for 2016-17 will make Gosper’s chances of achieving his ambition and closing the gap between teams from these two continents and the rest of the world a very major challenge. And, while he spoke about a second level tournament for the men’s game, Gosper had nothing on offer that would allow teams from outside the current women’s core to compete regularly outside their own regions.

That aside, Gosper did have some more positive things to say about the women’s game. "We want more destinations; a sixth destination will be introduced soon," he said. "We'd like some of those competitions to be happening when the men's competitions are on which gives us higher visibility. We're looking at all these things to ensure we can create that competition.

What would be the attitude of Home Nation players if they had to play on the world stage as Great Britain instead of as part of their national teams? Only England have ever played in the World Series, but Wales (who are already play in Europe’s top division) have a very realistic chance of joining them and qualifying for the World Series in their own right - they have been European Sevens Champions in the past.

However, when asked if a permanent Team GB it is a realistic possibility, Wales’ Rio representative Jasmine Joyce was enthusiastic about the idea: "Absolutely. The Olympics is the biggest sporting event of all time and we need to start progressing for it now, not a year before.

"The top teams such as New Zealand and Australia have been performing as the same team, same squad for four, five years and in Great Britain we don't have that opportunity to compete as one team, so hopefully we can at least get together a bit earlier before Tokyo."

What do you think? Vote in out Twitter poll.

The Olympics is the biggest sporting event of all time and we need to start progressing for it now, not a year before. The top teams such as New Zealand and Australia have been performing as the same team, same squad for four, five years and in Great Britain we don't have that opportunity to compete as one team."