Disappointed at their non-selection as one of the World Sevens Series core sides this season, Spain are hoping for a much bigger role in the game in the future. 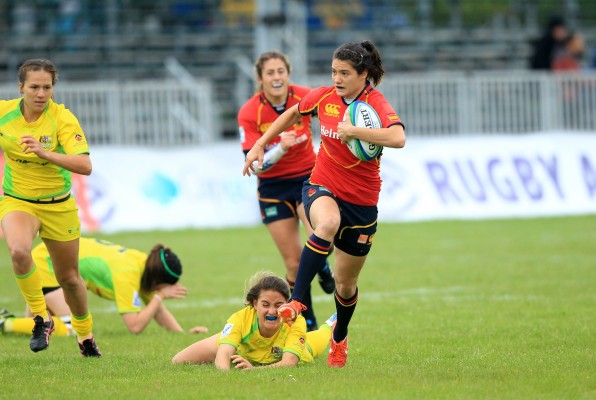 With discussions ongoing around the expansion of the series next season to include two more core sides and two more legs in two new venues, Spain are desperate to be part of it says Spanish women’s rugby 7s manager Igancio Davila.

“We are getting good results and we are talking to IRB who want to extend the series. We would love to host a leg and we are looking at that,” she said.

“One of the main objectives for the Spanish rugby union is to support women’s rugby like men’s rugby and that is a big positive.”

Spain qualified in superb form earlier this year for the 15s World Cup next summer, with their top players juggling that progress with their Sevens programme.  In London and Amsterdam in their most recent Sevens outings, Spain fared reasonably well ahead of their appearance at the Rugby World Cup Sevens in Russia next month, where they are pooled with USA, Brazil and Fiji.

“Both our Sevens and our 15s sides  are doing well,” Davila said.

“We want to play at the highest level of all competitions – the Six Nations, the European Championships, the World Series and so on. Spain now has a very good squad of players but we need some time and some more opportunities for development. Because if we do not play in the Six Nations, what is Spain going to do in 15s? In order to compete we need competitions. We are looking to organise a women’s Nations Cup in Spain before the World Cup next summer because we will desperately need games.”

Davila adds that success is a huge driver of promotion in Spain.

“Football is very powerful here but the Amsterdam tournament was on Spanish television, the Madrid World cup Qualifiers were also on and when we play well and we achieve we do get that coverage. When we won World Cup qualification we were on prime time on Spanish television. That is really good news for women’s rugby and it means more girls want to play, but I think we need five or six more years to really grow the number we need to compete at both levels internationally.”

Spain’s top 7s players are currently working together for two months, based in Majorca, where they will also train for upcoming European Series tournaments in Brive and Marbella before the World Cup.

"We are looking to organise a women’s Nations Cup in Spain before the World Cup next summer because we will desperately need games."