Former England captain Catherine Spencer says that her country has failed to capitalise on the opportunities that winning last year's Women's Rugby World Cup should have presented. 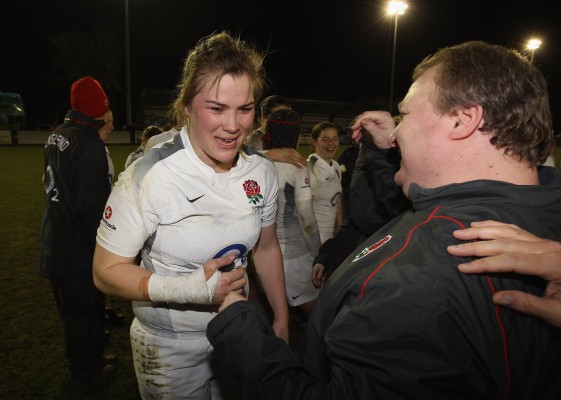 Writing in The Sunday Times this weekend, Spencer who won 63 caps for England and led the side during the 2010 World Cup, criticises the national union for failing to capitalise on the triumph in a number of areas.

She writes: "Since the triumph in Paris, has the momentum continued? Was it really job done? So much that has happened in the past year has been disappointing, not just that the England team lost their dominance after RFU policy effectively split the squad in two, and (Gary) Street left his role. We have failed to capitalise in other key areas."

She goes on to say that in keeping the World Cup as a 12-team format, World Rugby have missed the chance of shining a spotlight on emerging nations.

Reflecting on the shifting focus to sevens, Spencer talks about the decision to remove the 20 sevens contracted players from the women's leagues this season, conceding that it is the right move but the impact on the domestic game could be tough.

"Our clubs need to become affiliated to established men’s clubs, to increase profile alongside established brands," she said.

"We need a national championship (it is split between north and south) to raise standards, profile and commercial possibilities. On the domestic, national and international fronts (and if we are to become world champions again in 2017) we need action if the spirit of 2014 is not to be wasted."

Spencer is the founder of www.inspiringwomen.co.uk