USA General Manager for women’s high performance Emilie Bydwell and USA head coach Rob Cain look back on a vital year in building up a squad capable of competing for honours at the 2021 Women's Rugby World Cup. 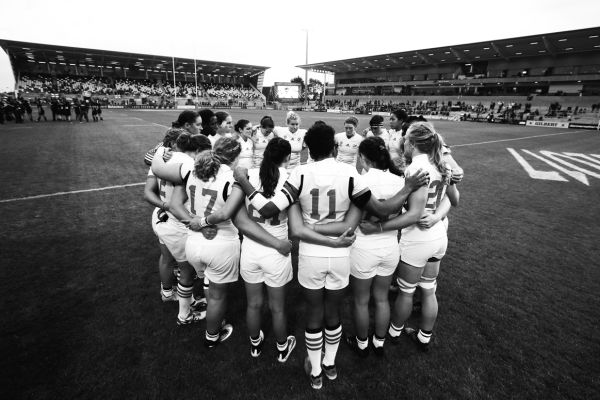 Over the past 12 months, the USA Eagles completed their first string of test matches in more than a year. They did it with 21 new players, 17 new caps, a new Captain, a new Head Coach; and for the first time in two World Cup cycles, a General Manager.

Coming on the back of claiming fourth at Rugby World Cup in 2017 - their highest ever finish since claiming the title in 1991 – it meant a huge year of rebuilding.

"This has been an incredibly challenging year, and I thank all the players, staff members” said Bydwell.

"The 15s programme in particular is at an inflection point, I firmly believe that we have the pieces in place now from a planning and scheduling standpoint to maximise our sprint to the 2021 World Cup in New Zealand.

"I am aware that things felt idle from the outside, but without aligning the pieces first - we would have left the gates too early, unprepared. We will be demanding a lot from USA Rugby and the community to help back our women financially in the next 30 months (and beyond), but we would have felt irresponsible doing that without the correct plan. Very exciting times are coming, as our athletes and staff grow together, so let's get behind them and enjoy."

When Head Coach Rob Cain joined from Saracens he spent his early weeks visiting as many rugby-rich programmes as possible around the country to learn about the landscape of women's rugby in America and root out new talent.

More than six weeks on the road were filled with countless discussions, matches and training sessions across both the senior club and collegiate levels.

"We've had more than a promising start from everyone as our performances against New Zealand and England were filled full of effort, pride and determination,” he said.

“Our continued improved performances against England A and Ireland not only showed glimpses of just how dangerous we are going to be but also how much the players learned from our two previous challenges,"

"Collaboration between clubs, varsities and the 15s programme has been great and I thank them for not only being so welcoming to me but also integral to having such a promising start to the new adventure we've been on since my arrival. Their willingness and efforts to support the players and myself has played a huge part in the leaps we have made as a programme in such a short span of time.

"We are only beginning to scratch the surface in terms of where we know we can go. Our time together and more games -- both of which we intend to have more of in 2019 -- will really allow this new group of staff and players to showcase our intentions as a group moving toward 2021."

With early losses to New Zealand and England, USA went on beat England A and Ireland in their recent campaign, showing that this new crop are fast learners and can be a force in 2021 if they continue to get test experience under their belts.

With thanks to Aalina Tabani

“Our continued improved performances against England A and Ireland not only showed glimpses of just how dangerous we are going to be, but also how much the players learned from our two previous challenges."
USA Coach: Rob Cain