Where now for Russia?

Where now for Russia, after their failure to qualify for the Olympics? Russia Sport’s Elena Dyachkova has spoken to Pavel Baranovsky about the reason for losing to Spain in the final of the qualifying tournament, the reasons for his departure from the team, and his view of the future prospects for Russian women's rugby. 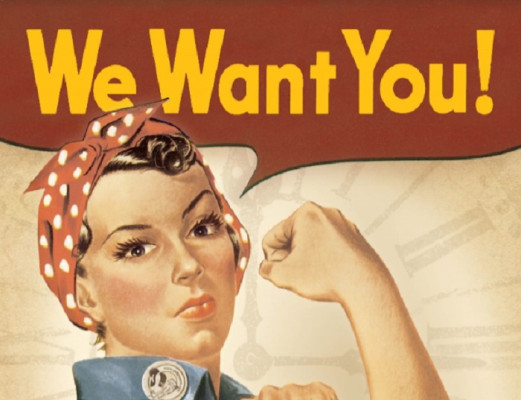 What happened to the team in the final?

You know, there is a saying “turned up for the match, but forgot to take the field”. Everything was done, discussed, everything was fine. But even in the semi-final against the Irish alarm bells sounded, we were unbalanced and unstructured.

The problem is always the same - our players have not been playing rugby since childhood. If they had played they would have held together in the tournament. They would be able, as the Spanish were, to approach the big match in a relaxed way.

We do not know how. For us when everything is at stake, we immediately turn into nothing. It was the same at last year's European Championships, when we had the first chance to get to the Olympics. We could have easily beaten the Frenchwomen, but everything was at stake, and as with this time the team fell apart.

You stepped on the same rake?

Of course! The problem is that we are not prepared psychologically for the fact that it is necessary to get together for an important game and stay cool. We have shown it in other, important games - just nothing. So, some players hope, while others play. In this final it was only Lushina and Bobkova, who has played rugby for three months, who turned up. What were the other five doing ?!

The team had no leader? That is to say with the absence of Kudinova and Mihaltsova and injured Marina Petrova?

I think yes. There was a shortage of leaders like Mihaltsova and Kudinova, whose confidence might inspire in battle. Unfortunately, the team dragged behind Lushina. I have no complaints about her. When Petrov stepped aside, I deliberately gave Lushina the captaincy - not Kazakova or Seredina - because she believed in it. And when Lushina took on the task, she tried to inspire the team, but for some reason, no one went with her. Maybe she is still too young.

When was Petrova injured ? I did not notice this moment ...

Nobody noticed. On Saturday said after the game she said she had a swollen leg. The doctor treated her but she was not able to play at full strength. These minor injuries occur from inexperience. And inexperience had an effect later with players like Kazakova, Khamidova, Seredina, Perestyak. But what do we do then?

And I can say with confidence how the Spanish team plays - because they have been playing together for ten years. The Spaniards, as a result, know what to do and how. And a big plus is that all these players came from children's rugby. They also have Patricia who can play every aspect of the game, all perfectly. Imagine how a player like that can inspire and solve the challenges of a match! The rest of the Spanish team did not initiate anything. But they followed Patricia’s lead. Take her from the team, and they would have lost every time. But do we have such a player at the moment? No.

And what if the Ministry of Sports and the Federation said what they want you to continue to coach the team?

Once there is an agreement, then you have to leave the post. Let me still work for the federation, such as coaching children and juniors. I did not achieve the target of getting to the Olympics. So, we must perhaps take a foreign coach, or there are other local experts. Perhaps they will be able to bring the team to a new level. Ahead is the World Series, and the World Cup. That is a next stage. It is important to get to the World Cup, then get to the next Olympics. Just someone else has to step in now, I was not able to achieve the target.

Do you have confidence that the women's rugby project will continue to develop after missing the Olympics?

No. And it did not develop all these years. The national team has stayed at the same level. While the team was able to pay salaries, we had a professional team. We had a fitness coach, video analytics, costs for the stages of the World Series. All the women’s rugby in Russia supported the national team. I do not know if tomorrow it will be like that.

If this level of the team is not supported by the Olympic Committee, or the Ministry of Sports, I'm afraid, all will collapse in a single season. New clubs will not appear in Russia, nor children's teams, nor a national championship among juniors. And without that can there be progress? Progress there cannot be.

And who would lead the national team now?

Anyone. There’s Andrey Kuzin, there’s Marat Minislamov, who has coached the national team. It should be a young professional who is ready and able to disappear for months. On the other hand, I do not know whether the new coach will be given the means and funds for training. But I hope that they will not have any less. We need to continue to develop, and then perhaps we will be able to maintain the level at which we are now. After the Olympics, the level of teams will rise everywhere. I looked at the Irish - they have not got to the Olympics, but that does not mean that they will end women's rugby programme tomorrow. They play in a rugby-15s, they have the Six Nations Tournament, World Cup ahead. They will continue to develop rugby. The same will do the rest of the participants, and here they were 16. They will not shove rugby in a pigeonhole, as we have. I do not know how it will look.

Do you see yourself working in women's rugby?

I do not know yet. I spent five years and I have been devoted so much that during this time I have lost my family, I missed seeing my family, could not really say goodbye to my father, who died this year, nor could I see my mother. There are many things that these five years I have missed, completely surrendering everything to the job. So I do not know what will happen tomorrow or the day after. But now I know that there I have no more strength to do it.

When watching the team play in the final, what you think?

There was only one thought, and that, unfortunately, was I made a mistake. What happened in the final, it's really the same thing that happened with Russian football team. The team had everything - inside and out: good salaries, fees, all the specialists, medicine, food. We did not want for anything. The only thing we do not have was competition for places in the team, and when someone faces no competition for their place, it is not a good thing. I believe that it is vital that a team should want to play for nothing, that people should seek want to play for the national team for free. And only then, when they have done something, have played, proved themselves, they can apply for funding, not in advance.

But we have such a system, we pay in advance. And they know that this money will be always be there, and not everyone can handle that. I do not blame them – it is not their fault. That is system that was put in place.

"I had an agreement with the Ministry of Sports, that if I did not take the team to the Olympics, I would write a report and then leave."