Four weeks ago today, England announced a historic move to hand fulltime contracts to 16 of its XV players and it kick-started the most momentous month ever for women’s rugby. 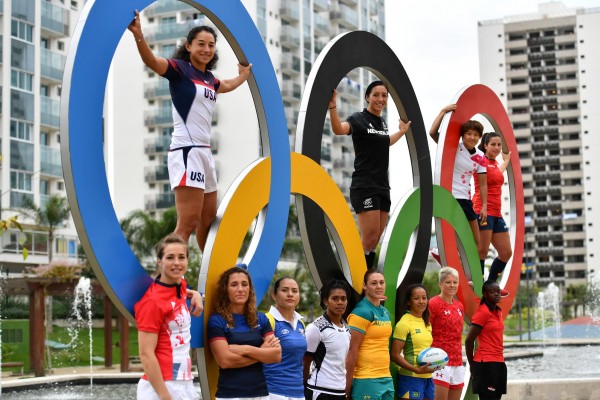 In a first for the women’s game anywhere in the world, these contracted England players will join another 16 players who will be given short term contacts to prepare for the Women's Rugby World Cup next summer alongside 16 more sevens players who will have part-time contracts.

The move was a massive step for the game and undoubtedly one of the biggest standalone news items of the year. When this website launched in 2009 this story would have been the biggest news item for the entire year, but what’s happened since has been remarkable.

In the biggest and most noteworthy four weeks for the women’s game surely ever, we have seen: 48 pro contracts awarded in England as above as well as:

Women’s rugby taking the world by storm at the Olympics

From Canada’s Prime Minister Justin Trudeau, who hailed his national women’s team as inspirational, to superstar ex Irish rugby player Brian O’Driscoll who commented on how superb the skills at the women’s event were, praise for the competition has reached every corner of the globe.

The women’s event, particularly the knockout games, were compelling and did very well to captivate a worldwide TV audience, if not quite the locals with the event ultimately played in front of banks of empty seats. But the subsequent focus on women’s rugby, the thorough mainstream media analysis of the key games and the catapulting of players like Charlotte Caslick, Portia Woodman and Ghislaine Landry into the spotlight, are a sharp reminder of the impact Olympic participation will have on changing perceptions about our game.

Whoever was crowned Olympic champions were bound to reap the most immediate rewards, and Australia been extremely quick off the mark.

Firstly the ARU launched a national universities-based professional women's sevens competition; then Australia’s Rugby Union Players' Association announced it would lobby the governing body for pay rises – the Australia women’s team earn around 25% less than their male counterparts – as well as deliver a pregnancy and parenthood policy that will support the rights of elite players who have children.

This all follows news that a leg of the women’s World Series will be played in Sydney next year right alongside the men and comes ahead of a return to International Rugby for Australia’s XV team with a two Test series against New Zealand’s Black Ferns later this year. The ARU and the RUPA can hardly be accused of letting the momentum pass them by.

A women's rugby team on a national postage stamp!

Australia again and though the decision to create a special edition stamp in their honour is rather light-hearted, it continues the flood of good news that is generating national headlines for the game thanks to the Olympics.

Their strategic plan set out their aim of having a women’s team connected to every Top 14 and D2 side - whether these would be semi or fully professional is unclear - with access to greater facilities and significnatly more marketing.

Most of the Top 14 already have women's sections, or are strongly linked to Top 8/Armelle Auclair (Elite 2) teams. These include Toulouse, Montpellier, Stade Francais, Stade Richelles, Lyon OLU and Castres who all have women's teams in the Top 8/Armelle Auclair (Elite 2). Pau have very strong links with Lons; ASM Clermont are also strongly linked to newly-promoted ASM Romangnat; Racing 92 have taken over Racing Nanterre; and Bordeaux-Begles seem to be developing ties with women's team Stade Bordelais
CA Brive, Grenoble have a lower ranked women's teams and Toulon are starting a women's team this season, which just leaves Aviron Bayonnais who do not seem to be linked very strongly to the women's team in Bayonne

Only four Top 8 team do not have Top 14  links - Caen, Rennes, Bobigny, and Lille, in most cases because there is no Top 14 team nearby.

So France, with their ambition and investment, seem well placed to launch a semi-pro league even though the move could spark quite the bidding war for players. Regardless, this would undoubtedly offer a boost for the game’s profile and promotion and with the English Premiership making moves in a similar direction, these are significant times for the women’s XV game.