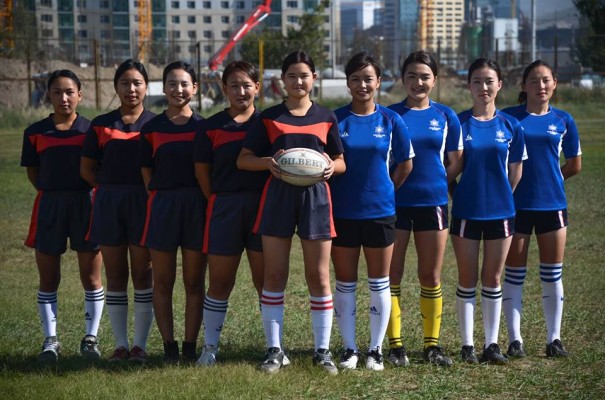 We have featured the development of women’s rugby in Cambodia, India, Pakistan and (most recently) Iceland in recent months, and now we have received news of the game reaching another new country – Mongolia.

At present rugby – for both men and women – seems confined to the capital, Ulan Bator, where we hear that they have at least one field laid out for the game.

News also suggests that the Mongolian women are about a year ahead of their colleagues in Iceland in that they held their first touch tournament last year, moving onto full contact in time for this year’s festival. They also have the advantage of enough women to form two teams.

There are four rugby clubs in Ulan Bator - Pioneer Wolves, Blue Warriors, Hunter Lions and Khan-Uul (who won last year’s touch competition). This weekend Pioneer Wolves (in black in the above picture) had enough players for form a team of their own, while women from the other three clubs joined together. Unsurprisingly, perhaps, Pioneer Wolves came out on top, winning 15-5.

The women have established a Facebook page (look out for the impressive passing move through a tractor tyre!) and appeared on local TV to help attract new players. With China to the south and Russia to the north the potential is there for them to find opposition, and hopefully it will not be long before they make their debut in Asian sevens competitions.