Last year we published a series of articles looking at how many women's rugby players there are in the world, and where the women’s game was most popular.

We have now received the updated data for 2014, covering all members of the IRB/World Rugby, and including this year the parallel information for the men’s game, so we thought we would return to the spreadsheets and calculators and see what has changed, what the trends are, and how far we can really trust the statistics. 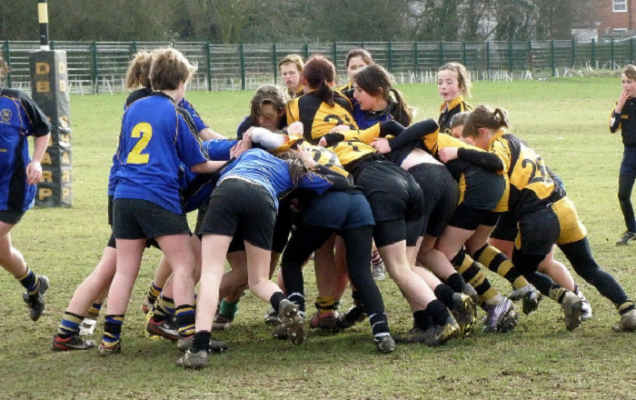 What we can do is fairly legitimately dismiss the headline figure, used by World Rugby, which claims that there are 1.7 million female rugby players in the world – an apparent rise of over 200,000 since last year. We went over the reasons for this last year and they all still apply.

Indeed the main reason for the “rise” further illustrates the point. Why have the number of female rugby “participants” allegedly risen by 276,000 since last year? Answer – mainly because Australia and Scotland have started counting the over 230,000 pre-teen girls who play some sort of rugby in their countries, mainly (we suspect) in school PE lessons, but who they had never previously included in their statistics.

As we said last year, we would obviously be delighted if there really were so many players, and it is indeed highly likely that other sports also produce similarly misleading data. Furthermore we agree that it is good news that so many girls (although, going by the data, mainly in just England, Scotland, the USA and Australia) are being given a chance to try out rugby at school. But to suggest that a 10 year-old girl who played a bit of tag rugby in a PE lesson  is a rugby player (or even just a “participant”) is plainly as absurd as saying that she is an “historian” just because she did a project last year on Henry VIII.

We will therefore again limit our study on the figures given for registered adult players. These too will be open to some variation from reality as registration regulations vary between unions (a lot), but the fact that a woman has at least filled in a form (and in some countries, such as France, paid out a healthy sum of money as well) and returned it to her Union makes it a more reliable baseline. Indeed if anything it is probably an undercount.

And the news is still very good. Registered player numbers are up over 6% worldwide with some massive rises (from admittedly small bases) in countries such as Mexico, Tonga, Bahamas, Argentina, Chile, Peru, Papua New Guinea, Czech Republic and Venezuela – all of whom saw player registrations rise by over 70% in a year. In some cases this may simply be a symbol of improved administration, but Argentina already had 400 registered women players in 2013. In 2014 this leapt to 883.

Moreover in many of the major rugby nations adult registrations have also grown dramatically. The success of their sevens team has, perhaps, been a factor in an explosion in Australia’s player numbers from 1,498 women players in 2012 to 3,411 in 2014. Italy now has 2,127 women playing rugby – up over 41% in a single year. New Zealand has had a 27% rise in adult players, and registrations also grew by over 10% between 2013 and 2014 in Spain, England, Ireland and Scotland. Overall there were more women playing rugby in at least two thirds of all the Unions that supplied registration data.

*No data from Uzbekistan before 2014.

n/a: No data return for 2014, so 2013 data used. A comparison with therefore the previous year is not possible

**Or latest year for which data is available

We'll look again at where the game is most popular - and also for the first time where it is most equal - next week.

Registered player numbers are up over 6% worldwide