Last year we reported on a PhD project - ‘Women in Rugby Union: A Social and Cultural History, c. 1880-2016’ - and three months into the project we caught up with the successful applicant, Lydia Furse who tells us about the project so far and the areas she’s looking to cover over the next few months – and how you could get involved! 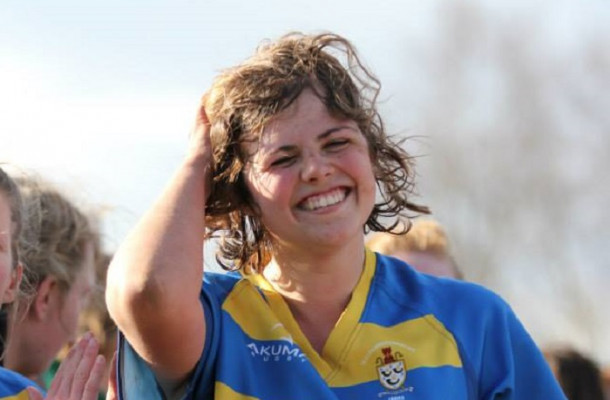 Tell us a bit about yourself?

I’m a prop, having played most positions in the pack over the last 8 seasons but a prop at heart. My academic background is French and History, with an interest in gender studies, and this is the first ‘modern’ history project that I’m taking on, I used to be more of a medievalist! I’m currently captain for Bude Women RFC, who formed in February 2017 so we are making our way through the required number of friendlies to hopefully get into the league from September 2018.

What have you been working on so far?

I’ve been reading! Although there isn’t a large number of sources specifically on women’s rugby, you would be surprised how often women’s rugby teams are the subject of sports sociology articles, and of course there is a wealth of academic material on the history of women’s sport, the women’s movement, and men’s rugby with which I am familiarising myself. I am so lucky to be working on this project, as it is a chance to bring together what has been previously covered, alongside discussing many events that have been overlooked, to create the definitive work on the history of women in rugby union that the World Rugby Museum and the International Centre for Sports History and Culture at De Montfort set out to create through this PhD.

I’ve been to the archives at University of Warwick, and Loughborough University, as these were both founding members of the RFUW and their students were some of the first in the UK to play (organised) women’s rugby. Both universities actually hosted touring teams from Edmonton, Canada and California, and this international aspect is crucial to the development of the sport. I’m working to track down some of those involved, and find out more about their stories. I’ll be heading to Keele, Sheffield and UCL archives over the next few months, so my list of names will continue to grow!

What areas are you moving onto next?

I am looking forward to beginning interviews with those involved in the women’s game at a national and international level during the late 80s onwards, as well as some of the founding members of university teams, once I get hold of them. I am also going to be heading up to Twickenham to access the rich archives held by the RFU and the World Rugby Museum, which reopens to the public on the 2nd Feb 2018 after a move across the stands!

I’m particularly interested in the shift in the women’s six nations from Spain to Italy, and looking for international contacts who may have more information about these events, as well as the early Women’s Rugby World Cups: I’m looking forward to shedding more light on the 1994 tournament, including why it moved venues and which teams could participate.

I’m also working on the history of Barrette, a sport very similar to rugby which was played by women during the 1920s in France, it was more popular than many historians have previously suggested and the French newspapers explicitly describe it as women’s rugby so I’m trying to discover how it came about, who was involved, and why eventually it stopped.

How can our readers get involved?

If you would like to share your story or have memorabilia you would like preserved in the World Rugby Museum Archives, feel free to contact me on ljfurse@gmail.com. I may not be able to interview everyone who comes forward, however I believe that women’s history has been kept alive more within families, and people’s memories, than in officially recorded documents, so individual’s stories will be an integral aspect of my work. This project is a step towards opening this history to a wider audience and recognising the contributions of women to the sport we know and love today.