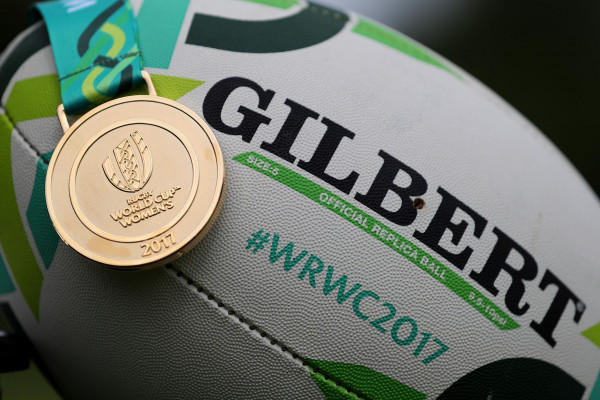 It’s a mark of how far Ireland have come that they will begin their World Cup campaign next week knowing that anything but a semi-final appearance would represent serious under-achievement.

Having reached the final four for the first time ever in 2014, Ireland have continued to progress and improve, winning the Six Nations title in 2015, and this year falling short but still winning four out of five of the tests in that competition.

Ireland’s rise in the game has been well-told. Regularly bottom of the pile in the women’s Six Nations; the move to integrate with the IRFU and the much needed investment and resources that came alongside aligning with the country's governing union, resulted in steady improvement at the highest level.

The Irish rose to the top of the European game with a first Six Nations title in 2013; reached the semis of the World Cup in 2014 where they turned in the performance of their lives to beat New Zealand; and won the Six Nations again in 2015.

With a small base of players; they have been carefully managing their 7s and 15s programmes, with numerous crossover athletes appearing in both forms, culminating in qualification for the Sevens World Cup next year. Ireland have also been quietly trawling through the nation's other hugely popular Gaelic sports to find talent with Hannah Tyrell probably the one expected to make the biggest impact at the World Cup, where her strong background in Gaelic Football has helped her transition into becoming a serious talent, firstly at 7s but now on the wing in the XV programme.

That desire to have a close connection between 7s and 15s, coupled with a smaller playing pool than the other leading nations, has led to some interesting and indeed bold selection choices for this World Cup.

Ashleigh Baxter, who played in the last World Cup on the wing, but who has almost exclusively played 7s since in the Irish shirt, is named as a back row. While considered a rather left field move, it is one that could well pay off, given her experience of international rugby and her all round talent.

There have been bold decisions elsewhere too, primarily in the backs where scrum half Mary Healy, who impressed in the Six Nations, lost out to the uncapped bolted Nicole Cronin, who has been out of the game for two years with injury. Cronin is highly rated as an up and comer in Ireland and she’s named alongside other sevens players with minimal 15s test experience including Jeamie Deacon and Katie Fitzhenry.

But there is also a backbone of vital experience in this squad, even counting for the loss of captain Niamh Briggs whose goal kicking will be hugely missed.

With Leah Lyons and Lindsay Peat both emerging as vital ball carrying threats in recent seasons, Ireland, with everyone fit, should rightly be confident of at least repeating the feats of 2014.

But nothing will come easy, even with home advantage.

Australia will come flying out of the blocks in the opening game, and while Ireland should have too much experience over the 80 minutes, that match is unlikely to be anything other than ferociously physical and could take its toll as Ireland seek to avoid the kind of fatigue that affected them in the later stages of 2014.

The Ireland coaches will welcome the chance to rest key players for the clash against Japan, before the sizeable challenge of France in the third pool game. That game appears the key match of the pool stages and will be a huge highlight on the Dublin pitches. Ireland know how to beat France on home soil, but after their own disappointment in 2014, France will travel knowing that on form, they can top this pool.

Ireland will have learned a lot from their 2014 experience, where the win over New Zealand sapped their energy for the latter stages and they had simply run out of fuel by the time they played an unstoppable England in the semis. They were never likely to beat England on their form in that game; but there is recognition they could have performed much better on the day.

Home support will certainly be to Ireland’s advantage but there is added pressure too on host sides which can feel smothering as a tournament progresses,  as both France and England can testify to from recent World Cups.

Ireland will need to find a way to drown out the noise and the expectation - which is now huge - and find a way to top their pool to give them the best possible chance at making a first ever final.

Lastly a word on Briggs. It is always sad to see a player miss out on the World Cup through injury, even more so when she is the captain of the host nation. Her absence will pile a lot of pressure on Nora Stapleton's boot, but Ireland are used to performing without Briggs - she's missed much of the last year - and Claire Molloy is a fine replacement as leader.