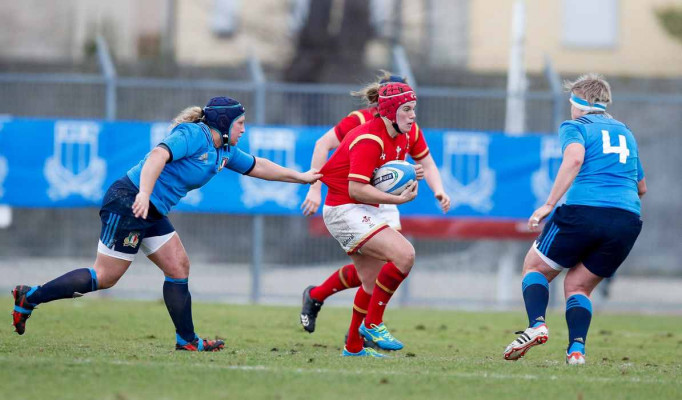 Wales have featured at all but one World Cup since they hosted the very first one in 1991.

That 1991 World Cup in Cardiff was a watershed moment for the game, when despite zero support from the IRB (World Rugby), 12 teams competed in a tournament that was won by the USA.

Wales ended up in the Plate competition but fared much better at the 1994 event,  finishing fourth - their highest ever finish at a World Cup.

They were not invited to the 2006 World Cup (following a retrospective decision by the IRB who said it was due to their performances in the Six Nations, at a time when Wales were operating a "Welsh club only" policy) but this was followed by some of Wales best ever performances, with a victory over France in 2006, wins over Scotland in 2006 & 2007, ending a ten-year drought against their Celtic opponents, and culminating with victory over England in 2009 on their way to a Triple Crown, but they struggled at the 2010 World Cup, finishing an overall 9th.

The 2014 World Cup saw Wales move up a notch to 8th place and they have had some notable successes since then, with wins over England and France amongst the pick of their highlights.

A new head coach in Rowland Phillips has also given Wales a fresh look, and they will need to summon all of their experience of the past three years in what is certainly the toughest pool, with Canada and New Zealand paired alongside newcomers Hong Kong.

Phillips has selected plenty of experience but also surely has his eye on the longer term given selections such as 17 year-old back rower Lleucu George alongside another teenager Kelsey Jones, while forwards Alisha Butchers, and Morfudd Ifans and centre Hannah Jones are all just 20 years old.

While a number of players have  picked up additional experience on the sevens circuit recently with the likes of Snowsill and Powell-Hughes all involved in Grand Prix over the summer, Wales also played three warm-up matches against Japan, Spain and England behind closed doors in the lead up to the World Cup.

In this tough and wearying pool, Wales will need to find the consistency that was missing in this year’s 6 Nations, where they managed just one win over Italy.

Despite showing real patches of character in that tournament, Wales lacked rhythm over 80 minutes, and will need to have learned all of those lessons if they are to compete in the games against Canada and New Zealand.

Wales certainly have the pack on paper to compete with both sides up front - Powell-Hughes, Taylor, and Amy Evans are exceptional players to trouble any side, and Carys Phillips will lead from the front.  But it take a monstrous effort to get anything from either of those games and Wales World Cup may well start with their final game against Hong Kong, before an effort to finish higher than last time out.

Philips said:  "There's a real enthusiasm amongst the team about facing two of the top nations in the game, because you play international rugby in order to compete against the best.”

On choosing a 17-year old,  Lleucu George (who has just returned from the Commonwealth Youth Games) he added.

”Lleucu’s inclusion highlights the value of our warm-up matches. She was outstanding in the game against Japan, and showed some natural qualities that we are trying to develop.

"We've given new players opportunities over the past few weeks, and she's one who's grasped them with both hands. Physically, she's more than capable enough to deal with the rigours of international rugby, which is impressive for someone so young, but we'll be smart with how we manage her."