Last week we looked at the growth of women’s rugby worldwide, and the countries with the most registered players. But statistics can be deceptive, not all countries are the same size. So where are participatoin rates highest, or in other words where is women's rugby most popular? 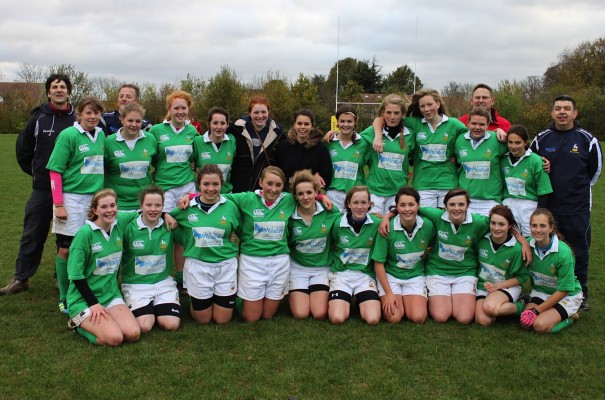 As has been pointed out before, the countries at the top of the list are also tend to be big countries – it is hardly surprising that England has more players than Ireland when it has a population that is nearly 10 times large. So in the past two years we tried to take that into account by looking at how many players there were per million women in each country.

This year we are doing the same again, but instead of a perhaps difficult to visualise “players per million” figure we will instead look at a simple ratio – what proportion of the total female population is a registered rugby player. We are using the latest published figure for the total population of each country and including all ages from children who are too young to play, to women who are too old.

The Pacific Islands again do remarkably well on this figure – indeed Tonga tops the table (as it did in 2014) with a truly remarkable one in eight women and girls being a registered as a players with the Fijian RFU, which (once you take into account babies and the elderly) must be close to saturation point.

The Cook Islands, despite a population of only 19,100, also show why they will be in Dublin for the Olympic qualifier as there cannot be many talented players who are missed when one woman or girl in 17 in the islands plays rugby.

The Caribbean makes an appearance at third with St Vincent, the  only other country where better than one female in 100 plays rugby – and it is perhaps no co-incidence that they are one of the smallest countries to play test rugby (only the Cayman Islands is smaller among the test playing nations).

Fourth place is a surprise as Swaziland has yet to play any international rugby at all. The game is growing rapidly there – but at present only among schoolchildren (of both sexes). If just a fraction of those children could stay in the game Africa could have a new team to rival the existing continental powers. The table also answers questions such as how come the island of Guam does so well in Asian rugby – because no-where in Asia is the game more widely played than in Guam.

It is perhaps not a surprise to see New Zealand in sixth place, but it may be a surprise to see Ireland in seventh as the top European country – but a strong tradition of women’s team sports allied to on-field success is producing remarkable growth, with Irish women’s rugby growing four times faster than men’s.

Of the major nations Wales and Australia come next, a similar pair to New Zealand and Ireland with tradition and on-field success combining to encourage better than one in 500 women and girls to play rugby regularly. South Africa and Scotland are not too far behind.

It is, perhaps, surprising to find Fiji so low in the table with less than one women or girl in a 1000 playing rugby – far below most other Pacific nations – but a look at the experiences of many current Fijian players reveals a conservatism that only recent televised successes have started to overcome. But it also shows the enormous potential that Fiji has. Now that their Women's Sevens World Series team is showing that this is a game for everyone in the islands the growth of rugby among teenage girls has been huge.