WSWS: Is hosting an advantage?

News came in today that Australia are applying to host a leg of the Women’s Rugby World Series, while this weekend France host their first ever home round. Will the support of the home crowd be an advantage, or will the pressure affect their performance? 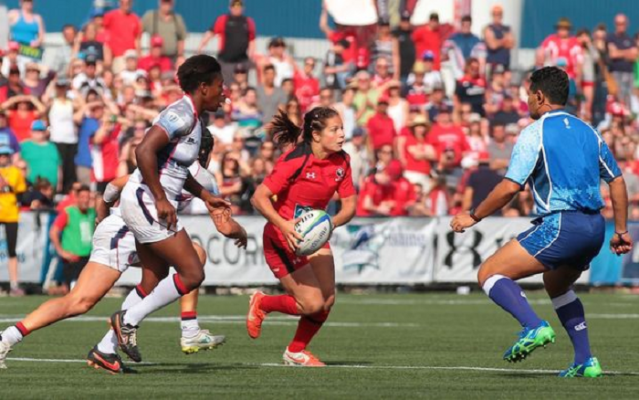 Canada and USA - contrasting experiences when playing at home

France this weekend become the seventh country to act as hosts (discounting Dubai, who do not play). They start the weekend just six points behind Canada. Will home advantage see France climb to fourth in the series – or could they plunge to sixth?

Being at home has certainly not been been good for Canada, as we saw in the last round. They have only ever missed out on the semi-finals in five out of the 18 tournaments played so far - and only three in the last four series – but two of those were their two home tournaments in Langford. Overall Canada have averaged 28% fewer series points when playing home than away.

So is playing at home a disadvantage? Let's look at the record of all teams who have hosted so far:

Overall therefore there is very little in it. Three hosts have done better at home, three teams worse – but the effect for each team does seem to have been significant. Some teams rise to the crowd while others fall to the pressure – there does not seem to be a middle way.

So will being at home be good or bad for France (or for Australia, who are likely to host for the first time next year)? Only time will tell.