“A failure” - French captain Marie-Alice Yahe was both open and honest about France’s 2013 Six Nations campaign – and her views on the future of the tournament – in an interview published this week. 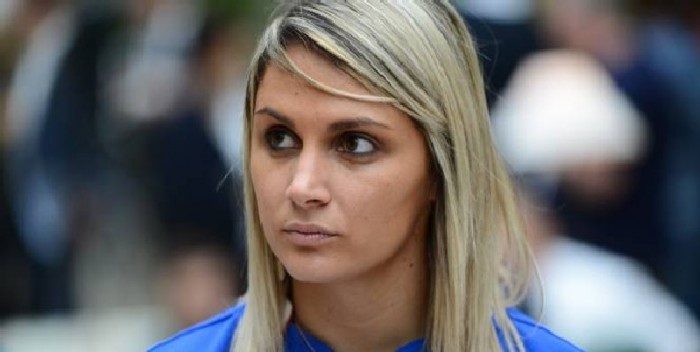 Interviewed by French newspaper L’Independent after France finished second in the Six Nations, Yahe was first asked to sum up her team’s tournament.

"This is a failure. We wanted to win the tournament - second was the least we aimed for. Ireland were a surprise because - even though we respected the team - we do not believe they were that strong. Individually and collectively, the Irish were ready and they deserved their victory.

“Losing to Italy was unprofessional and our own fault. We did not impose our game on the Italians from the start, as we should have - because we knew that, with their enthusiasm, they could disturb us, and they did. And then we played in a quagmire. I had never known anything like it.

"Twickenham, on the other hand, was a triumph – but also not unexpected. To beat the Englishwomen on their ground, was a great feat. But it was also no surprise because, as match reports have said, we mastered the game from A to Z. Previously, it has been the Englishwomen who dominated these games, but at Twickenham, the roles were reversed.

Yahe also ruefully reflected back on a crucial event that happened before the tournament began “Aurélie [Bailon] fractured a thumb and missed the first three matches of the tournament. She returned to play against Ireland and then kicked eight conversions against Scotland.

As for the younger players, “Julie Billes was new to the French team, but she comes from Perpignan [Yahe’s club] and was very comfortable. She brought her freshness, her youth, and her insolence too! She fears nothing, in spite of her small size, and is strong in defence. She is also very fast.

“Aurélie Guiglion is like Julie: full of life she is not afraid of anything. She has matured since the birth of her daughter and had a perfect game against England. She showed her speed and progress in the kicking game.”

Looking ahead, what does Yahe make of the proposals for the tournament in 2014, and beyond? "I first heard the details from last Thursday. It will mean that the Six Nations no longer exists. The formula does not appeal to me because it takes away a match [“top tier” teams, in the proposal, will only play four games in 2014] and we will no longer be aligned with the timing of the boys, which allowed us to have a window on to the media. This will be just a Tri Nations - a totally different competition.

As for the World Cup, "In terms of preparation, this is where the hard work starts. We have a lot of physical tests. In my mind, I know that in 2014 I will finish with the USAP and perhaps play a final on June 1 in Paris, then it is off to the United States for the summer tour until June 18 after which there will be another season of Top 10, the Autumn Tests, the new Tri Nations, and then the World Cup in France, in August 2014 - all teams assembled in Marcoussis. I could look further ahead, but this will be the end of my career."

Ireland were a surprise because - even though we respected the team - we do not believe they were that strong. Individually and collectively, the Irish were ready and they deserved their victory.