In conditions very different to those they are likely to expierience in Paris, Canada put in their best-ever performance against New Zealand - but it was still not enough to stop the Ferns. 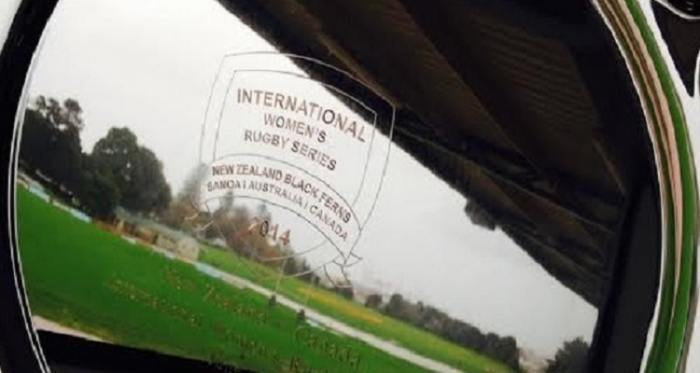 Heavy rain for most of the game ensured a battle of the forwards in the first of two tests between the World Champions and Canada. who are on their first tour of New Zealand since 1999.

The opening exchanges, perhaps influenced by the conditions, were a scrappy affair with a rash of knock-ons and penalties. An initial exchange of penalties from Kendra Cocksedge and Magali Harvey resulted in a 6-3 lead to New Zealand before some great handling from Cocksedge and Selica Winiata found the Amiria Rule in space. She scored to give New Zealand an 11-3 lead. Canada surged in response and went close before some poor ball handling near the line denied the visitors. The half-time hooter sounded, and New Zealand held an eight-point halftime advantage.

Six minutes into the second half New Zealand extended their lead when Winiata went in at the corner following a good move by the backs, but from this point on most of the possession was Canada's.

Elissa Alarie began the fight back, slicing through the Ferns defence before being brought down. Continual pressure gave Canada a penalty with 12 minutes left - but it went wide. Entering the final ten minutes another great run by Alaire brought her within two metres of the line before, after even more forward pressure, Mandy Marchak finally broke through to score. From the restart Stephanie Bernier started a 30m run that took Canada straight back to within the Ferns 22, but time had now run out. Despite a huge Canadian effort, the New Zealand defence held out for a 16-8 win.

Despite pushing New Zealand as they never have before, Canadian head coach Francois Ratier believes that his team can improve still more.“We now have to review the game with the players and address some details to be better,” he said after the game. “There is nothing that is unfixable.”

For Canada, the successful result meant they can compete with the best teams in the world. “This game was all about building confidence to recognize the fact that we can beat any team in the world,” said Forwards coach Gary Dukelow. "I am most pleased with how we finished the match strong, with Mandy Marchak’s try gaving us a chance to make things interesting in the final moments".

“Pressure is good because it makes you better at this level and  the fact that we finished strong indicates that we have the will to win,” said Dukelow.