Spain launched Project 2021 – their programme aimed at the next World Cup – with an uncapped friendly international against Scotland. 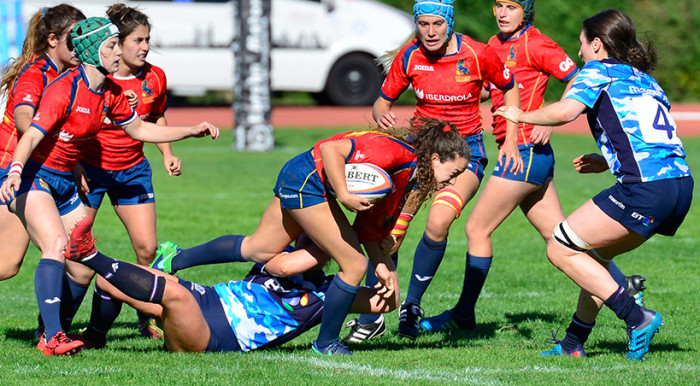 Despite being an uncapped fixture, the two squads were as strong as could be reasonably expected, with the only major absences being the key players from Spain’s sevens squad. That this was not an official test was only so that he teams might field squads of more than 23 players.

While Spain’s now 10-year absence from the Six Nations continues to be a source of grievance, one advantage it does provide is that it gives the Spanish coach a chance to take the long view, and that is what Spanish coach Jose Antonio Barrio – “Yunque” – plans to do.

With so many key players retiring after the last World Cup, or unlikely to feature in four years’ time, he announced that the next two years would spent on talent identification, after which 2019-21 would be spent on honing his new squad for their challenge – first to qualify – and then to improve on their 10th place.

Interestingly the announcement made no mention of the proposed “Four Nations” tournament Spain hoped could be run concurrently with the Six Nations, but did include a commitment to return to the annual Rugby Europe XVs Championship, which has suffered through the absence of not only Spain but also teams from the Six Nations over the past four years. Spain will now be back. Time will tell whether former regular participants France, England and Italy will likewise return.

For the moment Spain’s opponents were Scotland, who saw this as a key step in their preparations for the Six Nations, coach Shade Munro commenting after the game how valuable he sees this fixture, which brings together two well-matched teams.

Without WSWS concerns, Scotland are freer to select from their entire squad, so looked on paper the stronger team, and started as favourites. They soon lived up to that status, putting the home team under pressure from the start. Spain defended well, but repeated failures to take advantage of opportunities to clear their lines allowed Scotland to keep up a constant pressure. A failure by Spaun to hit touch from a penalty – albeit into a strong crosswind – gave Scotland yet another opportunity after 11 minutes, and after some good running and work by the backline wing Rhona Lloyd put Scotland on the board in the left corner.

Most of the rest of the half proved to be more even, and as half time approached it was Scotland’s turn to feel the pressure when after 36 minutes second row Ana Puig finally found a gap to bring the scores level. But Scotland were soon back ahead, from the restart a quickly taken 5m penalty saw Lisa Thomson in at the corner, which with Lana Skelton’s conversion gave Scotland a 12-5 lead at the break.

The first 20 minutes of the second half was a fascinating battle between two evenly matched sides, but with no further scores. However, as the benches started coming into play Scotland began to take more of an advantage, and just before the hour a great run by Lisa Thomson set up a try for Deborah McCormack.

Spain battled back, but the Scots defence held firm and just before the break some great anticipation from Hannah Smith allowed her to intercept and run 50m to score Scotland’s fourth try. Final score – Spain 5, Scotland 24.