12 sides to battle in Hong Kong

Twelve international sides will battle it out for the Hong Kong Sevens title this weekend. 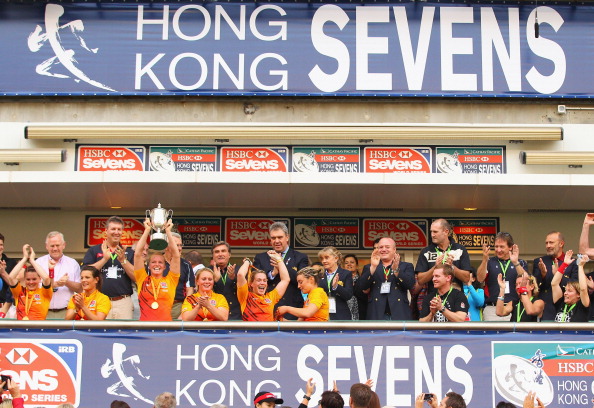 Though not an official stop on the IRB Women’s Sevens World Series, a host of sides are using the tournament to warm-up for round two of that competition which takes place a week later in China.

The defending champions England are not competing this weekend but 2012 finalists Australia are there alongside five other teams heading to China next week – Canada, Netherlands, China, Japan and Ireland.

For the Irish this will be their first compeitive sevens since they qualified for the World Cup in Moscow last year. The Netherlands have sent a party of 15 for the two tournaments, and are expected to use Hong Kong as to introduce some of their newer players to international sevens.

The rest of the sides include Kazakhstan, South Africa, France, Hong Kong, Singapore and an International Select team.

Of these two - France and South Africa - have qualified for the World Cup, and the French - who will not be going to China - have sent their strongest possible team for this event, including several players (such as Caroline Ladagnous and Jade Le Pesq) who were rested from the Six Nations last weekend in order to prepare for this event.

The entire tournament will take place in a single day, with the final at the Hong Kong Stadium where the men's tournament will be played. The full draw and match schedule was published two weeks ago and can be seen in our previous article.

All matches are also being streamed live on http://en.hirugby.com/forum.php

Pool winners proceed to the semi-finals, runners up to the bowl, and third placed teams to the plate.