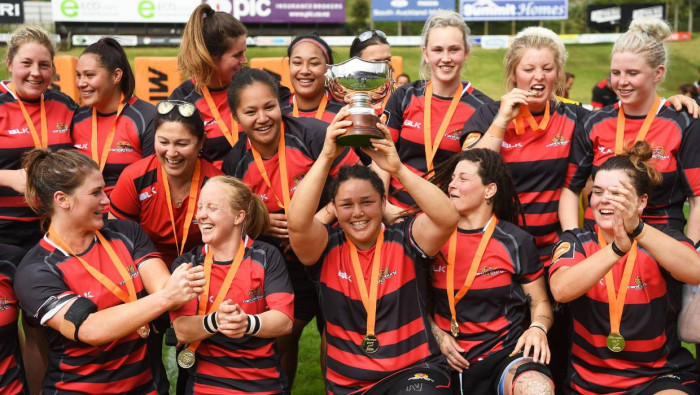 New Zealand’s inter-provincial tournament – the Farah Palmer Cup – continues, with the help of sponsorship from Mitre 10, to expand with 13 team taking part this year, split into two divisions, Northland making their debut this year.

An increasing number of games are now being played as “double headers” with the men’s tournament, giving greater exposure and crowds as well as ensuring that many of the games also receive live TV coverage. Two of the opening weekend’s three games – at Canterbury and Waikato - were double-headers

Six of the seven teams that will compete in the Premiership played on the opening day, including reigning champions Canterbury who overpowered Wellington 57-19 with New Zealand halfback Kendra Cocksedge scoring a try and kicking six conversions to their nine tries en route to finishing with 17 points.

Auckland, who won 15 out of 16 titles between 1999 and 2015 but failed to reach the final in the last two seasons, put down a marker after travelling south to Hamilton where they beat Waikato 41-23. Auckland scored seven tries to three to also claim a bonus point in the win.

The seventh and final Premiership team – Manuwatu – open their account next weekend against Counties Manukau, and teams from the second tier Championship also start their seasons.