We look ahead to 2022 and set out five things we'd like to see this year in women's rugby. 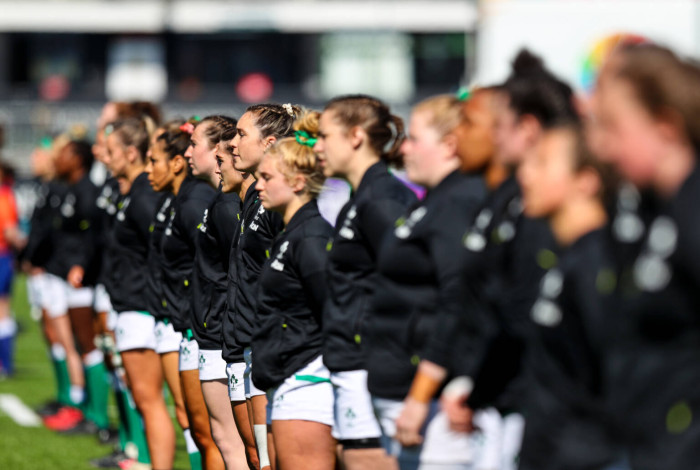 Women remain underrepresented in all the key areas where decisions are made in rugby, particularly in the Board room and around Executive teams. Governance changes take time but it is time that more women took their place around the table. It remains a disgrace that World Rugby's Executive Council has just one woman in a team of 11 and in Ireland, which has been in sharp focus recently, just 14% of women on its main decision-making committee. Women also trail far behind in numbers in areas like coaching and refereeing, and while important programmes are in place, we are impatient to see more progress.

There has never been an official South American test championship. The nearest we have had was the World Cup qualifier between Brazil and Colombia in 2020, which Sudamerica Rugby declared with not a regional championship. But at the end of 2021 Paraguay announced their intention to form a test team, and Argentina are well placed to join them. With four test teams – and the determination of Barbara Pichot – a first ever South American Championship is a real possibility.

Progress towards a European Cup

Rugby is just about the only European women’s team sport that does not have a continental club championship. It is still a long way off, but at last some unions are talking about it. European Professional Club Rugby (EPCR) – who run the men’s tournaments – told the major unions last spring that they wanted to run a women’s event as well, and World Rugby also support the idea, but there remains a problem with calendars and the potential competitiveness of teams outside France and England. However, a recent report in the French press revealed for the first time that France are keen, and perhaps in 2022 we will hear a response from the home unions, and especially England whose sign-up will be essential.

The new player qualification rules – which allow international players to switch from adopted nations to nations of their birth or ancestry – have now come into effect and could benefit Samoa as early as the upcoming World Cup qualifier, but in the longer term the possibility for dual qualified players from the leading nations (especially New Zealand) becoming available for lower ranked teams could really shake up test rugby and make continental championships and World Cups much more competitive.

The experiences in Ireland, Wales and to an extent Canada in 2021 has served to highlight that players are beginning to understand that they hold serious power when it comes to forcing change, if they come together with a united message. In a world where professionalism is colliding daily with amateurism, the women's game faces serious challanges to ensure that players are looked after and are happy within international environments. And we found out this year, that they are no longer afraid to speak up when they are not. Those running the game should remember that these days, when players speak together, they have to listen.