Some 31 Black Ferns were capped in Auckland this week including former captain and New Zealand's most capped player Fiao’o Faamausili at a special ceremony. 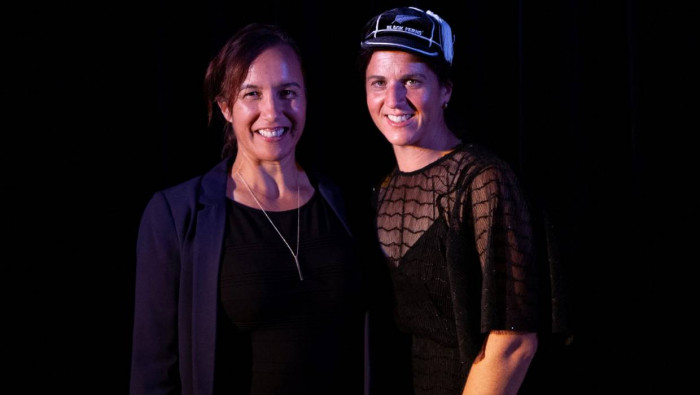 Former Black Ferns Captain, and four-time Women’s Rugby World Cup winner, Fiao’o Faamausili, was presented with her 50th cap at what New Zealand Rugby Board Chair Brent Impey described as a celebration of hard work, commitment and the joy of realising a dream to play in the black jersey.

“Being part of this special ceremony is a real highlight for me. It was a tremendous occasion, not just for the women who received their caps tonight but also for their friends, family and whanau who have all played their part in supporting their rugby careers.

“It’s very important that we take the time to acknowledge the contribution all these women have made to the legacy of the Black Ferns,” he said.

Faamausili, who made her first-class debut in 1999 is the first (and only) Black Fern to reach the 50 Test caps mark, having taken the field a record 57 times in the black jersey.

She said after seeing the first Black Ferns receive their caps last year, it was exciting to now receive her own caps, alongside many of her close friends and former teammates.

“We've always been a team who celebrates each other's achievements, and tonight we get to share this extra special moment with our families as well. Having these capping ceremonies is on another level for us. I don’t really know how to describe it,” she said.

Impey said the Black Ferns capping project had been years in planning and the first ceremony took place in 2018 as part of a project to cap all 161 past and present Black Ferns. The next ceremony would take place in Christchurch on 18 May.

“Committing to cap the Black Ferns gave us the opportunity to gather and preserve the history and heritage of the team. We have taken our time to ensure we get it right. We are in the midst of an incredible time for women’s rugby and we are very much looking forward to hosting the 2021 Women’s Rugby World Cup here so we can showcase the Black Ferns to the world,” Impey said.

The capping event is part of a wider project started last year.

About the capping project