After a thrilling opening round, we look ahead to the second weekend of the women's 6 Nations. 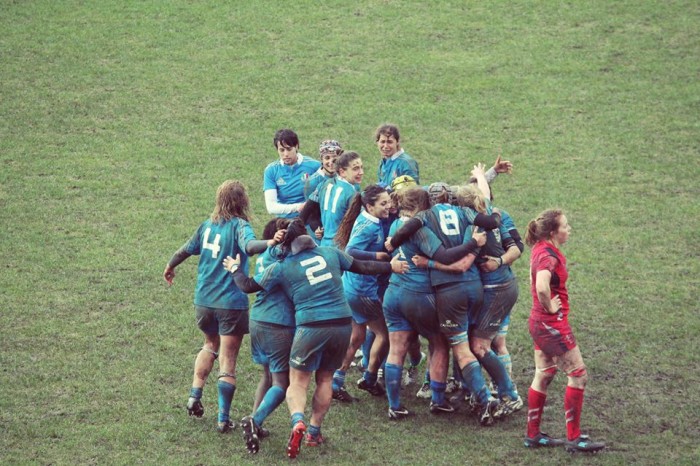 Check out our blog wrapping up the opening weekend here. Team news will be posted in this story below as and when each squad is named.

There were vastly differing experiences for both of these sides last weekend.

Wales were bitterly disappointed to leak a score in the dying minutes of their opening game against Italy to lose by the narrowest of margins, while Ireland were utterly dominant in their 11 try win over Scotland - which could have been much worse had the Irish not missed nine of their conversions.

Ireland won't be complacent - they have never had it easy against Wales, even in recent years when they have turned the results table on their Celtic counterparts, but they would have to be favourites after their opening day rout and their good form at the venue where this game takes place. Ireland's attacking game impressed on Friday night, though things will be much tougher this weekend, with strong performances in the backrow from Claire Molloy and Siobhan Fleming as well as hard running from Jen Murphy in the middle, contributing to a comfortable night at the office.

Wales on the other hand have much to prove having left behind them a game that was there for the taking at home against Italy. Having dominated the opening half, where Italy barely managed to get out of their half, a lack of killer instinct came back to rue the Welsh side. Italy got their driving game going in the second half and Wales suffered the agony of losing to a side they had beaten by just a point the year before, watching the tables turn.

It is a big ask to go to Ireland's home venue and win, but this game is no foregone conclustion. Wales welcome back captain Rachel Taylor this weekend.

After a superb opening day win against England, which France will we see this weekend? The France who feebly lost to Italy this time 12 months ago or the side who were outstanding a few days ago?

If it's the latter, there should be no doubt about this result but it's never that easy with France who blow hot and cold far too regularly in this tournament. This will be a big clash up front, areas where both sides dominated in the second half of their games last weekend, but the French should really be too experienced for the progressing Italians.

Faced with injuries to several key players against England, French coach Christian Gallonier made a virtue of a necessity, changing the shape and tactics of his team. In particular he selected a pack based around that of club champions Montpellier - five of the eight coming from that club. Although not individually the best forwards in France, the result was a unit brimming with confidence who knew each others play inside out - and two tries from mauls that England were powerless to stop.

With Sandrine Agricole pulling the strings outside and players in the pack like Safi N'Diaye, who will run all day, and Gaelle Mignot who oozes passion for the game, it would be good for this tournament to see the French mount a serious challenge to England and Ireland over the course of the competition.

Italy though won't lie down lightly. Their driving lineout and maul impressed last weekend and the solid kicking of Michela Sillari is also a real threat.

Still, France will the joy of victory over England still running through their veins, are definite favourites for this one, especially given they are at home. And at last Gallonier's luck seems to have turned on injuries - they have only have one change from the team that beat England - flanker Manon Andre coming in on her home ground replacing Coumba Tombe Diallo.

The starting XV, however, has been slightly reshuffled. At the front, Laetitia Grand starts at 7 in place of Diallo, while Sandra Rabier replaces Assa Koita in the second row - but the five Montpellier players in the pack get another chance to carry their impressive club form into international action. The backline has a more conventional look, with specialist centre Elodie Poublan at 13 starting in place of wing Shannon Izar, while Christelle Le Duff is rotated in at 15 in place of Jessy Tremouliere.

You can't help but predict a very long 80 minutes for the hosts this weekend as they will surely face a backlash from an England side who suffered an opening day defeat.

In Ireland last weekend, Scotland never gave up and as a unit they worked tirelessly with the likes of Lyndsey Wheeler running herself into the ground.  In the end though they simply couldn't cope with the pace and physicality of the Irish and it won't get any easier this weekend.

England have long been posting large scores over Scotland and there is nothing to suggest things will change on Sunday. Aggregate scores could also be important in this tournament so if they get ahead early, it's unlikely Gary Street's team will show much mercy.

England will be looking for a fluent attacking game, which eluded them last weekend due to the sheer strength of the French defence, to build them up well towards their tougher clash with Ireland in round three.

For a rebuilding Scotland side, facing an England side (albeit one showing 13 changes from the French clash) with a point to prove is the toughest follow-up to a difficult opening day.