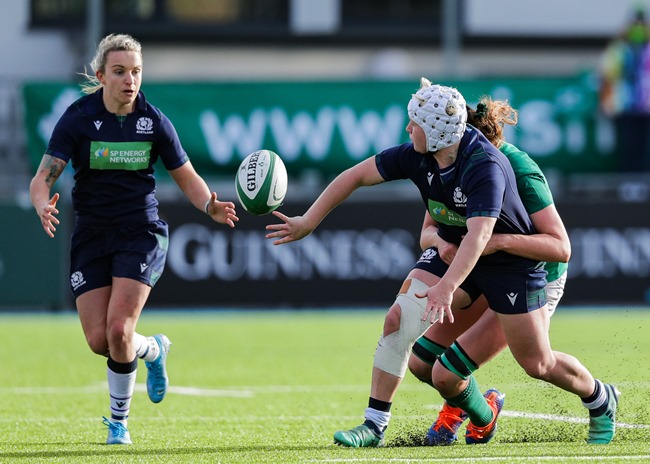 The question that will be answered today surely will be how motivated France will be now they know their title chances have all but evaporated.

There are numouers changes to the French team with power players like Safi N'Diaye back in the mix.

Despite the title being all but gone, France do at least have the memory of losing to Italy last year relatively fresh and have talked about that in the lead up to this match. Italy were well deserved winners that day but France were terrible and surely they will want to make amends, especially at home.

Their coach Annick Hayraud hasn't pretended otherwise: "I really hope that the girls have in the back of their heads the match we lost in Italy last year. It is a team that progresses every year, let us be vigilant and do not believe it will be easy. We have to send a strong message. The girls owe it to themselves."

Italy came away with a deserved win last weekend but definitely looked fragile at times defensively and away from home against France, their record makes for omimous reading .

In Italy’s last five visits to France, they have conceded an194 points without scoring a single point in return. The last time they scored a point came in the 2010 edition of the Championship.

This game ought to be the closest of the weekend, with little between these sides of late.

Ireland should have had a more comfortable win over Scotland and made hard work of the 18-14 victory, but with a second home game in a row, the result will have given them confidence they can make it back to wins here.

Into their team comes the talented Eimear Considine as she comes in at full-back which means Lauren Delany move to the wing.  There is a first international start for fly-half Claire Keohane and Judy Bobbett is handed a Women’s Six Nations debut as she takes her place in the second row.

Coach Adam Griggs wants his side to focus on their own game as they look to reverse the 15-13 defeat they suffered to Wales at the UCD Bowl back in November.

He said: “It was great to start the campaign with a win. We started the game against Scotland well, but we have areas to work on for this weekend.

“Wales are a familiar side, we played them in November, and we lost to them in the final minutes of that game. We know how strong they are and where the threats are.

Wales have also made some changes after their 19-15 loss to Italy, with Manon Jones and Alisha Butcher set to start having come off the bench last weekend, highlighting that backrow is one area where Wales have real strength in depth.

Ireland will be just about favourites to make it two in a row.

Both sides have made changes for a game England should win comfortably.  With an eye on next year's World Cup, England are not surprisingly looking to build depth at flyhalf and fullback in particular so Emily Scott and Zoe Harrison start in those spots. Coach Simon Middleton is also using the game as an opportunity players such as Vicky Fleetwood, Amber Reed and Vickii Cornborough to get game time, who have all had recent time out due to injury.

Scotland too have made changes, with the talented Hannah Smith rueld out alongside Megan Gaffney - though in a game that might have been tighter, they would perhaps have fronted up as  Scotland head coach Philip Doyle explains:

“We have suffered with a couple of injuries in the last week. We have made the decision to rest Hannah Smith and Megan Gaffney so that they are in the best possible fitness for the rest of the Championship. We are under no illusion of how strong England are going to be, but for us it is a matter of playing our type of rugby against them rather than just trying to stop them. We will not make it easy for them at our home ground.

“It will be a great occasion being back at Scotstoun and I hope all of our fans will get behind us for what is sure to be an exciting display of rugby.”