6 Nations: Round 3 Team of the Week

We pick the top 15 players from Round 3 of the Women's 6 Nations which brought wins for England, France and Italy. 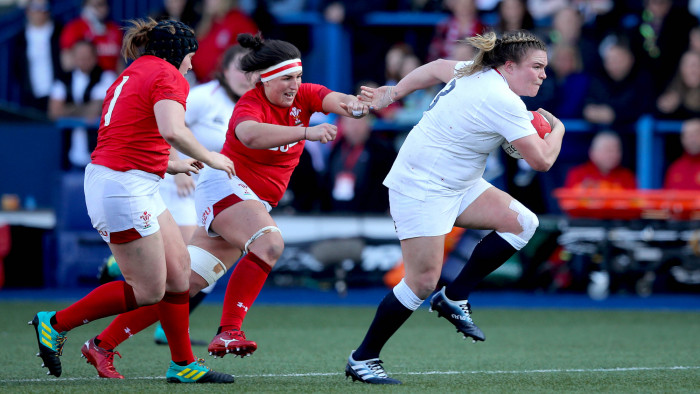 Selection this week was tougher than ever, with some high quality players just missing out.

A dominant French performance up front meant that we've included Maylis Traore Dhia and Caroline Thomas in the front row while Gaelle Hermet and Romane Menager once again make our backrow.

England's Sarah Bern was easily the player of the weekend so she is a shoo-in at tighthead, while England's Abbie Scott was a real leader for her side in Wales and is named again, this time alongside Scotland's hard-working Emma Wassell.

Elsewhere in the backrow the brilliant Giada Franco is named in her third straight team of the week.

In the backs it was a close call between Sara Barattin, who was outstanding, and Keira Bevan but the Welsh youngster was under huge pressure throughout the 80 minutes and deserves the nod. Katie Daley-Mclean, while not on kicking duties pulled the strings quite beautifully for England, though Emma Coudert excelled for France at 10 too.

Jess Breach just cannot stop finishing on the wing so she too makes her third team in a row - while we thought Emma Considine was excellent for Ireland. Gabrille Vernier grabbed a superb hatrick for France while we've always been hugely impressed with Scotland's Hannah Smith, who worked tirelessly at the weekend.

There was no real standout at 15 this weekend but Manuela Furlan gets the nod for some of the blistering attacks she set up in the fine win against Ireland.