Ali Donnelly and John Birch look ahead to the upcoming 6 Nations. We examine the preparations of each side and what their aims are this season. Will the champions England succeed in the absence of a raft of key players this season or can the likes of Ireland and France capitalise? Who will secure themselves a spot at the 2014 World Cup and who will head to the summer's qualifiers? 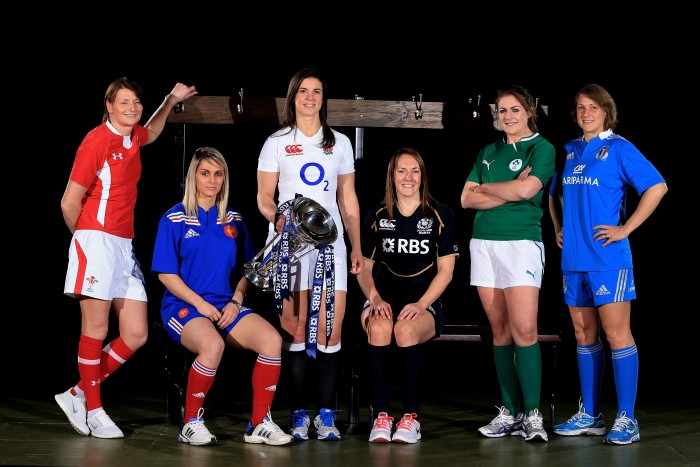 It will be an interesting tournament for the reigning 6 Nations champions this year, with the RFU choosing to prioritise Sevens in the lead-up to this summer’s World Cup.

That effectively removes a large swathe of England’s top players (17 in all) from 6 Nations preparation this season and unless England are without certain positions through injury, those players selected for the England Sevens squad will not be called on in the coming weeks for XV duty. There are though a handful of players such as Maggie Alphonsi and Rachael Burford who are coming back from injury who may well feature once or twice, despite being part of the wider Sevens squad.

That being the case, for the first time in many seasons, the likes of France and Ireland are without doubt in with their best chance of toppling England, though the current title-holders will still be very strong given the huge strength in depth Gary Street has developed in recent seasons. The benefit of years of rotating his squad and capping a raft of new players at a young age will certainly be telling if England can lift the title again this season.

Street can still call on a hugely experienced pack and there may well be a shift in strategy for England, who will certainly look to play to their forward strengths this season with players like Sophie Hemming, Sarah Hunter and Tamara Taylor providing real go-forward for their side. Key games include the away clash with Ireland, a side who have never beaten England but will believe this season more than any that it's possible, and France at Twickenham, which one would guess may see the inclusion of a few more experienced heads.

Ireland head into this season’s Six Nations on the back of a highly competitive Interprovincial series, involving the majority of the country’s top players.

The timing of the series will be hugely beneficial to Ireland as they head into another Six Nations on the back of a third placed finish last season, with hopes high of a best ever finish in 2013.

The re-emergence of the Irish Exiles side, which has reformed in recent years to help add depth to the national set-up, is also a positive, with eight players in the 32-player senior squad coming through this process which identified Irish talent overseas.

Another plus for Ireland has been the development of its players on the Sevens stage over the past 12 month with the Irish now having the benefit of choosing from a wider pool of talented attacking players this year. Ireland will be confident with home games against France and England that they can have a real impact on the title race. The home game against England in particular, gives the Irish their best ever shot at defeating the only 6 Nations side who have eluded them so far.

A friendly against Spain in recent weeks will have given Philip Doyle a good insight into where his side is at ahead of the first clash against Wales and if they can get off to a good start, Ireland will be full of confidence. With their home games being played at their favoured venue of Ashbourne, where they have a decent record, there's a feel of "if not now, when" for the Irish if they are to push for a title.

Benefitting from a recent warm-up game against Spain, Wales kick their tournament off at home against Ireland hoping to improve on their fourth place finish last season.

Wins over Italy and Scotland will be positives for the Welsh to take from 2012 but the gloss was firmly taken off that with convincing beatings from England, Ireland and France. The search for that consistency is an ongoing battle for Wales, but with a huge focus on strength and conditioning over the past year, they will believe that they are in a good place to move forward.

Like Ireland, Wales go into the tournament on the back of a strong regional series and they will also be boosted by the return of some key players such prop Catrin Edwards, second row Gemma Hallett, flanker Catrina Nicholas and fly half Elinor Snowsill, who all missed last year's championship.

Wales will need to get off to a strong start to the Irish at home to help them at least repeat their fourth placed finish of last year to help ensure automatic qualification for the 2014 World Cup, but they have been building their depth to the point that seven uncapped players make the squad for the 6 Nations. Newcomers like Rafiuke Taylor and Leila Johns will get their chances out wide as Rhys Edwards looks to make a big statement this season, with World Cup qualification an absolute minimum requirement.

This is a huge year for Scotland, and in many ways the Six Nations is just a warm-up. Although in theory they could still qualify directly the World Cup from the Six Nations, in practice, Scotland would probably have to win at least three games, something they have not managed to do since 2005.

Scotland’s U20 programme, which only began in 2011, is also starting to produce good results with Kelly Shields and Jade Konkel graduating to the senior squad. In addition experienced players such as Annabel Sergeant and Gillian Inglis return.

And the Scots should not be without confidence. Although their campaign to qualify for the Sevens World Cup was ultimately unsuccessful, head coach Karen Findlay has found it invaluable in providing international experience to a number of young players, as well as developing fitness and skills levels among existing players.

Scotland are also positively spreading their games around the country as a means of encouraging development following the success of junior coaching events run alongside previous internationals and training camps. Their key game will be in round two when they host Italy, a game which could decide the seedings for April’s World Cup Qualifier – a not insignificant matter as it will decide who will avoid Spain.

Like England and Ireland, France face the challenge of preparing for the Sevens World Cup as well as planning a Six Nations campaign. However, unlike their two major rivals, France have no sevens commitments in February and March. Christian Galonnier was therefore able to call up all his leading players to a training and selection camp last weekend. Injuries aside he will be able to select from a full strength squad throughout the tournament.

Only one player in the squad for the opening games is uncapped at senior level (former U20 international Jade Le Pesc), while the return of sevens “specialists” such as Caroline Ladagnous (leading scorer in this year’s Top 10) and Marjorie Mayans mean that - even without Sandrine Agricole - it is a significantly stronger squad than that fielded for any of the Autumn tests.

Even the fixtures computer has been favourable, with France starting with games away to Italy and at home to Wales – games this team should win comfortably, setting up what should be a championship decider at Twickenham in round three.

The only downside to France’s campaign is that three of their games are away - and France do not travel well. Overall, however, France have rarely had a better opportunity to end England’s run of championship wins.

The gradual improvement, year on year, of the Italian team is one of the untold stories of Women’s 6 Nations. Particularly at home, backed by large and enthusiastic crowds, Italian teams have been putting in some increasingly impressive results. They have not lost to Scotland since 2009, beat Wales and pushed France close when they last played them at home, and beat Spain for the first time last year.

Their target for 2013 is to qualify for the World Cup – and as a result the crucial games for Di Giandomenico’s team will be the trip to Scotland in the second round, followed by the visit of Wales two weeks later. Win both of those and Italy could qualify directly for Paris, lose both and Italy will have a very difficult task in the final European qualifier in Spain.

Since last season’s 6 Nations Italy have had the benefit of five home tests, climaxing with an extremely impressive 29-12 win over Spain in their Autumn test last month – a score that, if anything, flattered opposition that Italy have never beaten before 2012. If Italy can maintain that form then it would not be only Scotland and Wales who would be concerned.

In practice Italy will almost certainly finish in the bottom two, and have to face that tricky trip to Madrid in April. While they could maintain their run against Scotland, and might sneak a home win over Wales, it is unlikely that they will have success in the other three games. Moreover, Italy rarely perform well against England and the margin of defeats in these games may make all the difference.